When one considers pioneers of the craft whiskey movement, the name Copper Fox Distillery inevitably bubbles up sooner or later. It was officially founded in 2005 in Virginia and is known for its meticulous attention to old school whiskey making techniques, including smoking and hand malting their grains. The distillery has a number of unique bottlings out to market already, and recently added a new American single malt variant.

The Copper Fox Peachwood American Single Malt, according to those behind it, has a mash bill that consists of 100% hand malted Virginia barley. It has been smoked with hand cut peach wood and pot distilled to between 150 and 160 proof before being aged. While at rest it was influenced with what’s said to be “a progressive series of hand toasted, select seasoned, new and used peachwood and oak chips, inside used bourbon barrels and finished in a second used barrel.” 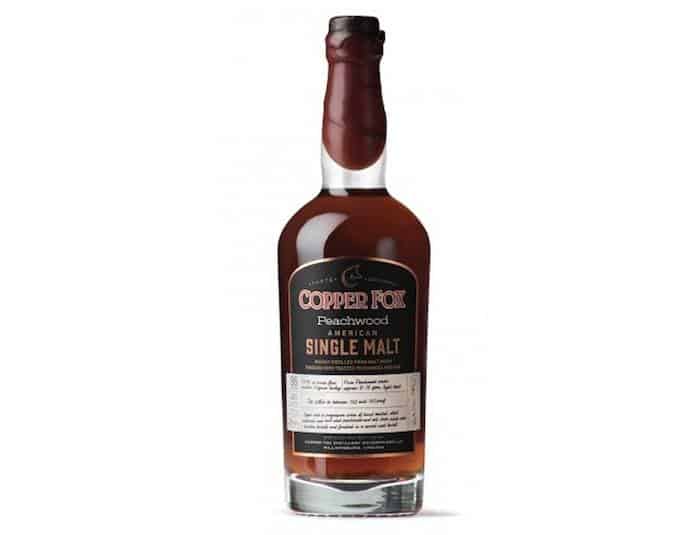 Bottled at 96 proof, this non-chill filtered whiskey is said to be both young and also capable of holding its own “against older, more traditional whiskies.” It is out now in limited amounts in Virginia and Washington D.C., and you’ll find official tasting notes for it below from Copper Fox.

Light auburn in color, complex aromas of ripe stone fruit, cinnamon pastry, and campfire smoke, with a syrupy, yet slightly drying body that is sweet and earthy at the same time. Flavors of marzipan, clove, orange zest, and underneath it all a subtle salinity and smokiness that gives way to a medium-long finish with notes of dried fruit, honey, and toasted oak.