Column: What Does ‘Terroir’ Mean In Whisky? It Depends On Who You Ask

To start a heated debate with a whisky fan, take a murkily-defined whisky concept, issue a strong statement on the matter, and the fireworks will kick off. These days, ‘terroir’ is one of those words going around that divides opinion.

Drawn from the French and mostly applied to wine, terroir refers to environmental conditions for growing grapes that affect what that wine tastes like. Often, the idea of terroir incorporates a wider element. In the whisky world, the term emerged a few years ago, and it won’t go away any time soon. However, identifying what it means in a whisky context is tricky, with producers applying differing and sometimes contradictory definitions.

Here’s a snapshot of where that shifting discussion stands today. 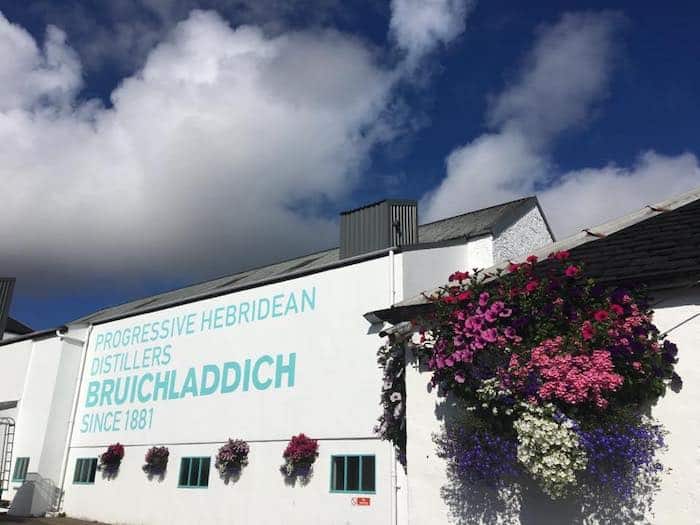 Bruichladdich is a distillery focused on terroir in this whiskies. (image via Bruichladdich)

Most ideas of ‘terroir’ tend to start with soil, what grows on it and how. In Scotland, Islay distillery Bruichladdich engages in serious experiments on this front for its single malts. Many of its whiskies feature locally-grown barley as well as unusual varietals. Bruichladdich’s success is that it proved without a doubt that using these varietals, and/or growing them in different conditions, leads to perceptible differences in aroma and flavor. The Firestone & Robertson distillery, in Texas, engages in a similar in-depth exploration of grains, especially corn.

This is an idea that was not the accepted norm for most of whisky’s modern history. The standard argument is that the grain feedstock goes through so much processing, that its effect on the final flavor profile is minimal compared to other parts of whisky creation.

Bruichladdich founder Mark Reynier has taken the focus on the terroir of barley to new levels at his new Irish distillery project, Waterford. The barley used in its whisky can be traced to the individual fields that it is grown. Its first releases, which came out last year, are meditations on the influences of barley grown in individual local farms. Traceability is key for both production and its relationship with consumers. Reynier’s ultimate goal, however, is to eventually blend these whiskies together. Their profiles will be layered into a cohesive expression of flavor much like how it is done with Cognac in France.

Other, mostly smaller, distilleries have taken a similar approach to terroir by focusing on the idea of ‘localism’ to drive flavor and production methods. There are now distilleries able to do ‘grain to glass’ whiskies as used to be the norm. Some may not even use the term ‘terroir’ to describe their approach, but it is a valid take on the concept. They’re sourcing grains from nearby or even their own farms, malting onsite or through a nearby maltster/brewer, and bottling onsite as well. Examples include Arbikie in the Scottish highlands, or Domaine des Hautes Glaces in France.

When it comes to sourcing wood, Whistlepig in Vermont is also using its own oak grown on its farm, and Westland in Seattle has been using a local oak species for some of its releases.

Another angle, ‘social terroir’, is best elaborated in a recent Club Oenologique article by whisky writer Becky Paskin. It focuses on people rather than soil. To Paskin, whisky is a product that comes from individuals, the culture that has shaped them, and the experiences they bring to the art of whisky creation. The emphasis here is on the whisky ‘auteur’, and the vision that whiskymakers – such as John Glaser at Compass Box, Rachel Barrie at Brown Forman, and Jim Beveridge at Johnnie Walker – and their supporting teams bring to the table to craft flavor.

However, while there’s no denying the skill and knowledge of these master blenders, a term such as ‘terroir’, even if appended with the word ‘social’, may not be appropriate for blends like Johnnie Walker, or even a smaller independent operation like Compass Box. Those brands source a lot of their whisky from distilleries that don’t focus on barley provenance at all.

It means that defining ‘terroir’ in whisky is a hard task, with some brands and consumers simply preferring to distance themselves from the word. The vagueness of the term opens it up to marketing abuse by some brands who don’t deserve to use it, even if it isn’t clear what terroir actually is.

However, it’s also fair to say the concept has driven truly groundbreaking innovation which has resulted in excellent and unusual whiskies that consumers can enjoy. Whether the word itself will eventually be phased out in favor of others that provide clearer information to the consumer remains to be seen. At the moment, whisky fans may feel that the famous quote made by a judge about pornography also applies to terroir – ‘I know it when I see it’.