Cask Savant is a new whiskey recently released as the result of a Colorado partnership between Deerhammer Distillery, a Buena-Vista-based distillery, and Crooked Stave, a brewery based in Denver.

This release is the second to come out of the Progney Series — a line up of small-batch spirits created through inspired partnerships between Deerhammer and other Colorado companies, according to a recent statement. 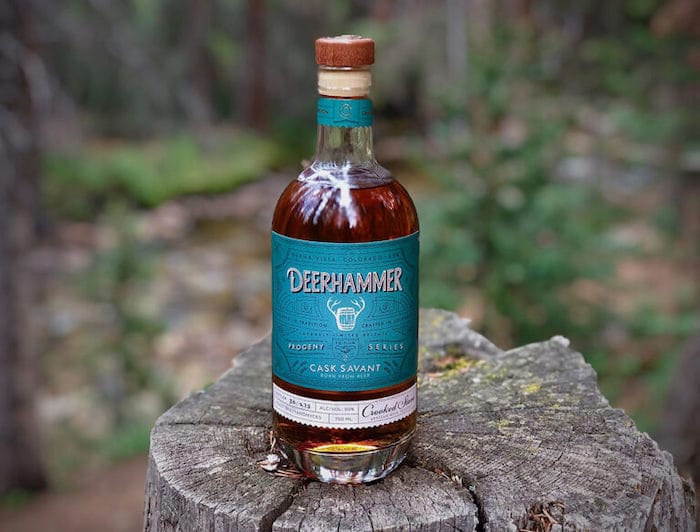 The first release was a whiskey and chocolate pairing with Cultura Chocolate, an array of barrel-aging projects with the likes of Wit’s End Brewing Company, Call To Arms Brewing and Colorado Cider Company.

In 2015, Deerhammer placed Crooked Staye’s Hop Savant, a hoppy Brett beer, in a heavy toast, light char American oak casks. The resulting whiskey is 50% ABV and said by those behind it to have notes of blackberry jam, sage brush, orange peel, hazelnut, toasted bread crusts and lupulin spice.

“Getting to work with a local Colorado distillery that is truly hands-on, making their own wash, fermenting, and distilling is something I wanted to do since I started Crooked Stave. Deerhammer is that perfect partner,” Crooked Stave Owner and Brewmaster Chad Yakobson said.“I think it’s truly amazing the time and love that went into the creation of Progeny Series No. 2 ~ Cask Savant. For Lenny and his team to devote five years to aging this wild and adventurous spirit is something unique.”

Cask Savant is available in limited 750 ml bottles in Colorado retailers at a suggested retail price of around $70 per 750 ml bottle. Deerhammer is currently aging more Progeny Series spirits in Redstone Meadery and Carboy Winery barrels, among others, to be released in the next months.

“To our knowledge this is the very first example of a spirit born from a 100% Brettanomyces yeast fermentation,” added Deerhammer Founder and head distiller Lenny Eckstein said. “Those hallmark, rustic, funky-fruit Brett characteristics have materialized big time!”

33
Shares
348
Views
Share on FacebookShare on TwitterGet Our Newsletter
Get The Macallan® Rare Cask at ReserveBar. Shop now!