The Chicken Cock Whiskey label, as we highlighted last year, has a long and storied history tied to Kentucky and the whiskey scene there. This effectively ended in the 1950s, when a distillery fire pretty much snuffed out the brand until it was acquired by Grain & Barrel Spirits in 2013. They began releasing bottles under the brand, albeit sourced from Indiana. Now, in a return of sorts to its Kentucky roots, Chicken Cock will once again be made in its home state.

Those behind the Chicken Cock Whiskey return have teamed up with Bardstown Bourbon Company to produce custom bourbon and whiskey for the brand under the latter’s Collaborative Distilling Program. The label remains independent and is not being supported by Bardstown in any way except to act as a production facility for the spirit. To that end the first distillation of 616 barrels of what will eventually be Chicken Cock Whiskey occurred at the end of August. 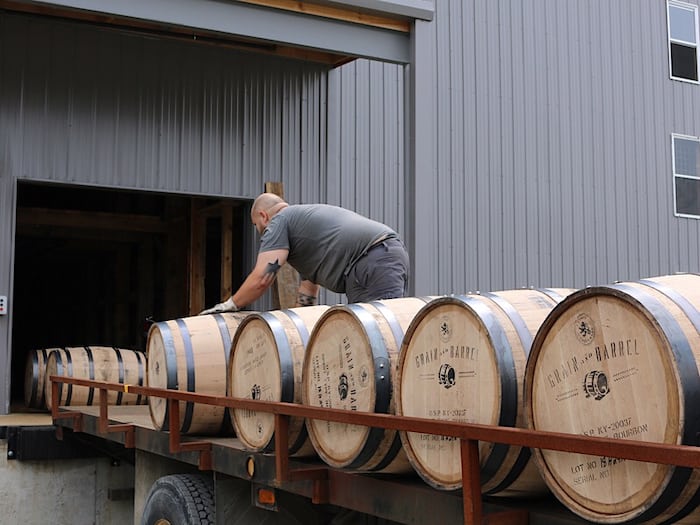 “Joining the Collaborative Distilling Program at BBCo completes the exciting resurrection of Chicken Cock, one of the oldest bourbon brands in the country,” said Matti Anttila, CEO of Grain & Barrel Spirits, in a prepared statement. “The brand is now officially 100% back home in Kentucky, a mere 80 miles from Paris, where its story began 162 years ago. Working with the world class team at BBCo we are confident that the brand’s best years are ahead of it.”

“We are proud to work with the Grain & Barrel team and become the home for Chicken CockWhiskey,” added David Mandell, CEO of Bardstown Bourbon Company. “Chick Cock Whiskey has an incredible history in Kentucky, and we are excited to add to the next chapter in its development.”