These products are sold together and are bonded in a custom oak profile developed by the brewers and distillery that are used both in the rye whiskey and amber lager. Both are said to have vanilla and smoky notes from the oak aging process. 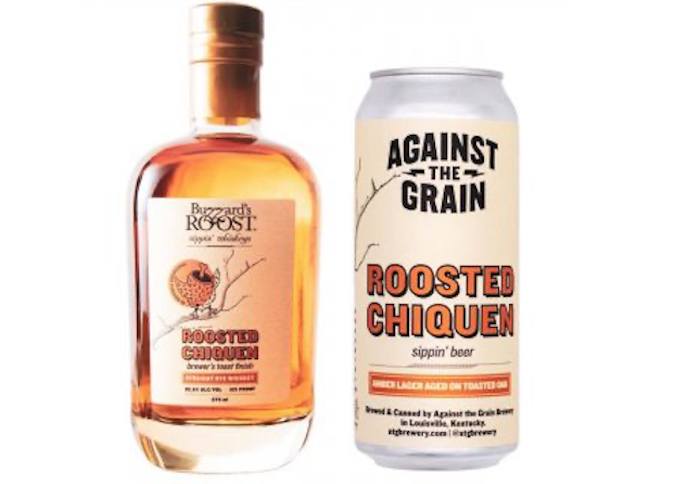 “We’ve experimented with smoke and oak flavors since we first started brewing,” Jerry Gnagy, co-founder and Head Brewer at Against the Grain Brewery, said in a prepared statement. “We saw what Buzzard’s Roost was doing with their specialized, custom barrels and thought it’d be fun to see what happens when we introduced our amber lager to the same wood.”

Buzzard’s Roost sources aged whiskey and uses what they describe as proprietary barrels — charred or toasted — to create unique flavor profiles. Once the whiskey is selected, it is re-barreled using the special barrels and aged in Kentucky warehouses.

“Think of the staves we use in our barrels as a spice rack,” Jason Brauner, Buzzard’s Roost Master Blender, noted. “Picking and choosing flavor profiles, specific to the wood on a molecular level, we can make a pretty good guess at what flavors will be imparted on our whiskey. Turns out – it also works well with beer.”

A little more official information on the whiskey and beer can be found below. They should be available right now throughout select retail stores in Kentucky.

1
Shares
306
Views
Share on FacebookShare on TwitterGet Our Newsletter
Get The Macallan® Rare Cask at ReserveBar. Shop now!