Aged for 36 months, Buzzard’s Roost Toasted Barrel Rye, according to those behind it, contains a vanilla character from the custom barrels, as well as notes of caramelized cherries, nutmeg, and toasted cinnamon stick. Toasted barrels allow the whiskey to extract more barrel flavor in a shorter amount of time versus a heavy char, creating an innovative and flavorful drink for all whiskey-lovers alike. 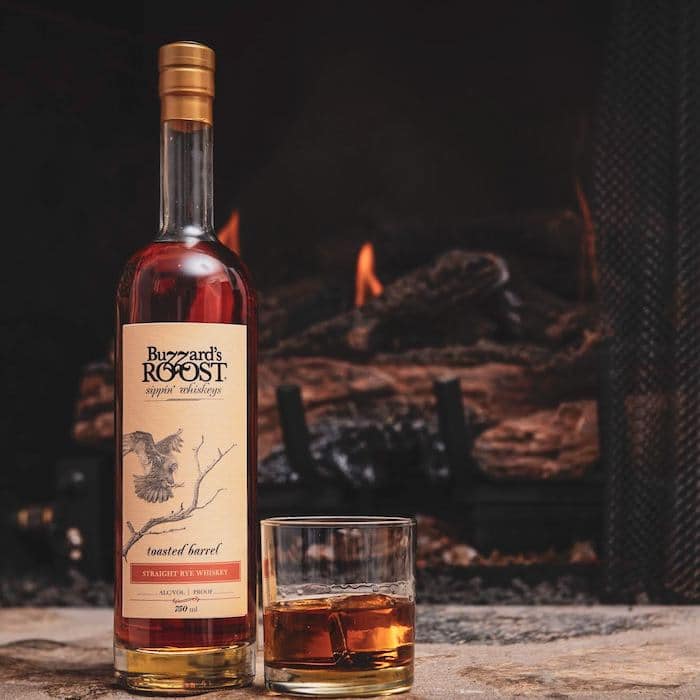 “I wanted this whiskey to not only have a unique flavor profile but a very specific flavor profile,” Buzzard’s Roost Master Blender Jason Brauner said in a prepared statement. “By leaving off the char and simply going with a toasted barrel, it allows me to quickly and accurately deliver those flavors.”

The rye whiskey is presented at 105 proof and stands as a complement for the distillery’s core line of the award-winning Single Barrel, Barrel Strength and Very Small Batch rye expressions.

“Innovation within the bounds of tradition has always been a value that guides our company,” added Buzzard’s Roost President and CEO Judy Hollis Jonest. “Toasted Barrel Rye is a reflection of that mindset because it pairs standard new oak barrels with a unique toasting technique to produce a specific flavor.”

Toasted Barrel Rye is available in Kentucky liquor stores with a suggested retail price of $79.