The limited edition whiskey features aromas of grape with a hint of clove and cinnamon, according to the distiller’s notes. It is available directly through the distillery for a suggested retail price of $125. 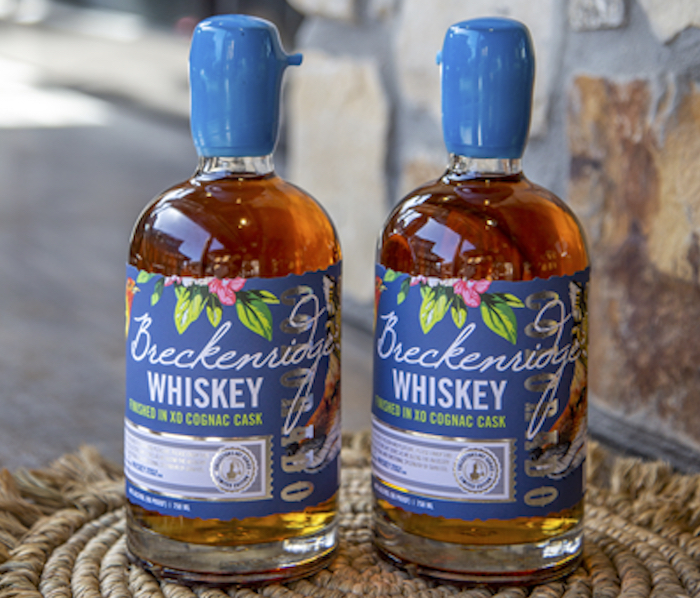 Breckenridge Founder and CEO Bryan Nolt said in a prepared statement, “I’ve always had a passion for art, which led me to distill whiskey in the first place. The Collectors Art Series is special to Breckenridge Distillery because it allows us to highlight local artists making an impact in their community like Alex is doing in Colorado. Her focus on conservation and representation of the natural world around her through art made her a perfect partner for our second Collectors Art Series. We’re thrilled to bring her art to life in this limited-edition whiskey.”

Pangburn said, “I’m very honored to have my art on a whiskey label in a very male-dominated industry. My hope is that this partnership opens the eyes of female artists that they have the capability to do this as well.”

Growing up in Lexington, Kentucky, Pangburn said she grew a deep love and appreciation for bourbon but also animals, which serve as the main source of inspiration in her art. What started as a side-gig painting friends’ and family’s pets, Pangburn’s hobby turned into a full-time career as an artist in 2017 when she moved to Denver.

She then started to focus on birds. The Western Tanager inspires much of her work in her new home state and was featured on her first mural in Colorado, which is why she wanted to include it on the new Breckenridge XO Cognac Cask Finish label … to bring her work full circle.

The painting on the label also features a fox character, an ode to Pangburn’s hometown in Lexington where she created a mural with the same character. And there’s local Breckenridge animals and plants, including the alpine flowers that will be blooming soon.

“Wherever I’m painting, my goal is to make the public more aware of the animals we’re sharing a space with. Over the years, my art has shifted into animal conservation and education to bring more light and awareness to the local communities,” Pangburn said.

For each bottle sold of this limited edition whiskey, Breckenridge is going to donate $5 to the ArtPark campaign in the RiNo Arts District to help fund the Rocky Mountain Region’s most innovative interdisciplinary arts center

For more information about Breckenridge Distillery, check out www.breckenridgedistillery.com.