“There are few drinks in life better than a good old fashioned,” said Patino in a prepared statement. “It’s a drink that stands the test of time, and I’m thrilled to be making one with LiveWire using the best ingredients that can be enjoyed at a moment’s notice.”

It was created by best friends Aaron Polsky, founder of LiveWire, and Chris during Chris’s battle against pancreatic cancer. Patino is a spirits educator, brand consultant, former award-winning ambassador for Pernod-Ricard, and co-owner of renowned cocktail bar Raised by Wolves in San Diego. 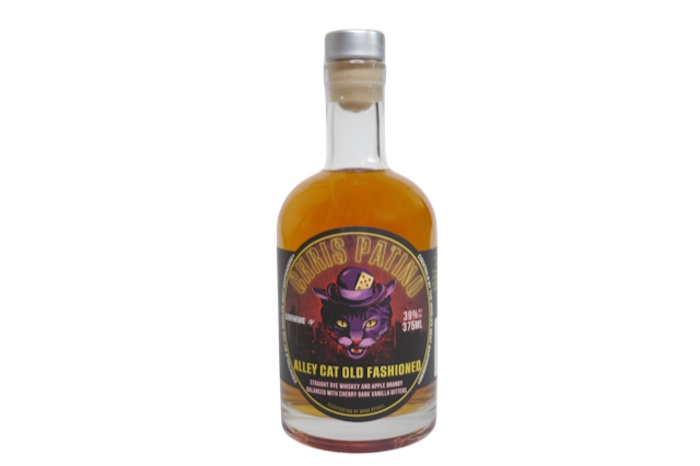 “Chris is an unsung hero in the craft cocktail world,” said Polsky. “He’s done so much to highlight the work of others and give back to the industry. I’m looking forward to seeing the bartender’s bartender get his time in the limelight.”

LiveWire, according to the company, works with leading bartenders to develop ready-to-drink versions of their signature cocktails, as well as the art on its packaging. The system operates like a record label, where the bartenders get compensated for their intellectual properties with royalties from each sale. So far, LiveWire has created cocktails with Joey Bernardo, Erin Hayes, and Aaron Polsky.

The Alley Cat Old Fashioned is noted by the brand as having warm, toasty and oaky notes with an orchard top note. The pop n’ pour old fashioned is dryer than today’s sweeter styles of the drink, and is ready to drink straight from the bottle. It features artwork donated from illustrator Mark Reihill, a friend of Patino’s who created menus for him in the past.

The cocktail is 39% alcohol by volume and available in 375ml bottles at retailers in New York, New Jersey, Texas and California. It is also available online with shipping to 46 states.

A portion of the proceeds from the sales of Alley Cat Old Fashioned will be donated to a charity to aid in the fight against pancreatic cancer.