6 Washington Whiskey Distilleries Worth a Drive For

Though Seattle boasts numerous wonderful craft whiskey productions (i.e. Westland Distillery), so does many other areas of Washington State, and many sit right in the middle of the ingredients they use. If you’re in the Pacific Northwest, these distilleries are worth the road trip: 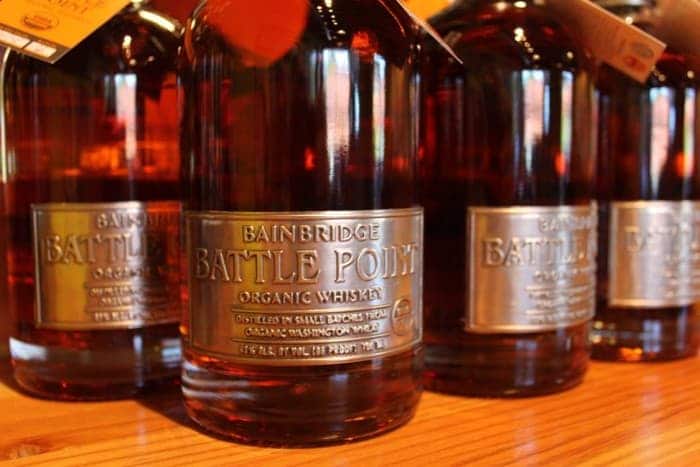 As the name implies, this small distilling operation located on Washington’s picturesque Bainbridge Island is organic in its operations, so much so in fact it was the first of its kind in the state. They source all of their organic grains from organic farmland in Walla Walla, Skagit and Snohomish Counties, making with them a range of spirits that includes a well regarded, single grain wheat whiskey. This whiskey,  double distilled and aged for two years in new, No.3 charred, ten gallon American white oak barrels, is described as having a “lingering finish with a bit of salt-air brine.”

If you’ve ever been to a Tom Douglas restaurant, you probably recognize Prosser from Douglas’ own Prosser farms. The old stagecoach-looking town is surrounded by the beautiful painted Horse Heaven Hills and deserves a visit all on its own. While you’re there, you can stop by Blue Flame Spirits, a small batch distillery established in 2009. Like most of these distilleries, it is surrounded by lush land that provides the ingredients right outside their front doors.

Boasting one of the widest varieties of spirits from a craft distillery, Blue Flame offers a farm-to-barrel Washington Wheat Whiskey and a Rye Whiskey made from ingredients grown by the company’s own private rye farmer (ensuring it will be unlike any other rye you’ve tried). If you’re feeling particularly spendy, you can splurge on a “Ultra Premium” bottle that is made in Italy and hand painted in Poland which looks stunning in a collector’s liquor display. 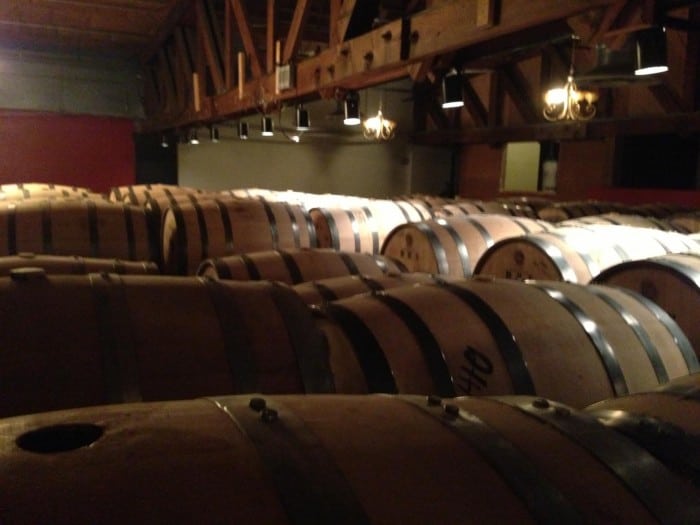 Can’t believe the copious selection of craft distilleries in Washington State? You can thank the guys at Dry Fly for that. Kent Fleischmann and his team (five people plus a dog) lobbied hard for the change in laws to allow for such growth, and Dry Fly was the first craft distillery in the state. Fleischmann, disappointed by “craft” distilleries purchasing alcohol elsewhere and aging in barrels locally, prides his company on its use of exclusively local materials (most within a 30-mile radius) and the fact that Dry Fly ages its whiskeys for at least three years. There are no short cuts at this brainchild of former marketing execs

Dry Fly offers several award-winning whiskeys, including their Straight Triticale, a rye-wheat hybrid aged in huckleberry port barrels from a local winery, and a legitimate 10 year-old Single Malt (one of the first craft distilleries to do so). Dry Fly was also the first to issue a 100% wheat whiskey in the region; defying traditional expectations of what that kind of spirit should taste like (soft and pastry like).

If you can’t make it to the distillery, they ship to 35 U.S. markets and 14 international, but you should probably also check in with them as they anxiously await their Irish-style whiskey this Christmas.

Nestled in the beautiful Skagit Valley region of Washington, mostly known for its fruit farms and tulip festival, is the first small-batch distillery to open in Skagit County. Going on its fifth year of business, Jim Caudill and Bob Stillnovich used their 50 years’ worth of combined service-industry experience to cultivate this retirement passion.

If you are venturing around on Washington’s beautiful Olympic Peninsula and happen upon the town of Aberdeen, you’ve also come to the home base of Wishkah River distillery and its location set on the muddy banks of the river it is named after. The folks at this operation make a solid American malt whiskey made from a mash bill consisting of Washington select malted barley, soft white winter wheat and malted rye. The neat thing is they claim to use over 95 percent in state grains, making it a truly locally grown operation. 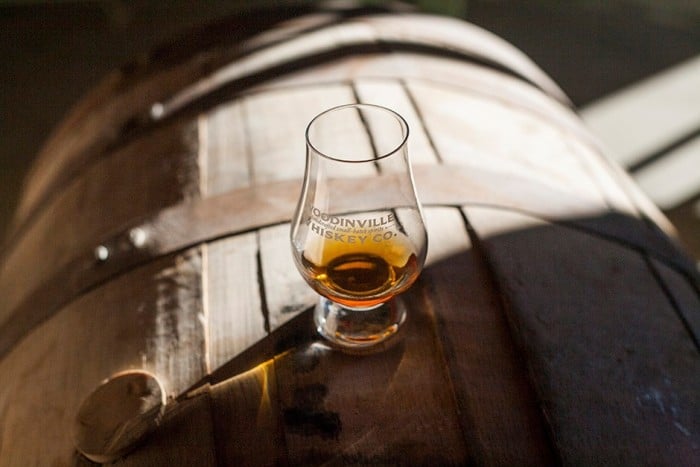 Originally hidden in a strip-mall distillery amongst the endless Woodinville wineries (about 45 minutes northeast of Seattle), this distillery is another of the original whiskey crafters in the state that has now grown to be one of the most recognizable names in the game. When I first visited them back in 2010, they offered a delicious sipping vodka as well as a single (very) young whiskey that they’ve now had the time and expertise to perfect.

Now, Woodinville Whiskey uses one really nice copper and steel still to create several different varieties of the spirit. This includes their “Microbarreled” collection that features a Mashbill No. 9 Bourbon Whiskey and a 100% Rye Whiskey. If you stop by the distillery, you can also pick up your very own whiskey barrel to age your own spirit in.

Additional reporting by Nino Marchetti. All images via their respective distilleries.