Beth Burrows has been on the front lines of bourbon for years, first as the bar manager and then as the general manager of Louisville’s Down One Bourbon Bar. She’s won numerous awards for her cocktails over the years, and now she’s the new Kentucky bourbon ambassador for Beam Suntory. The Whiskey Wash recently caught up with Burrows to learn more about her new role. 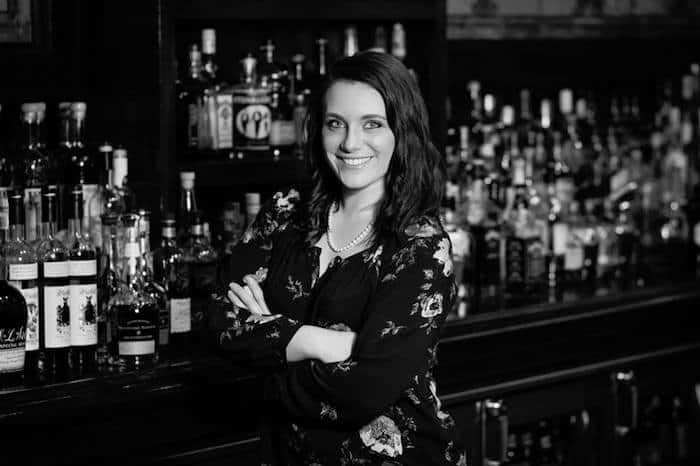 1. How did your three years at Down One prepare you to be the Kentucky bourbon ambassador for Beam?

I believe my time at Down One was wonderful preparation for my new role as KY Bourbon Ambassador for Beam Suntory. I spent three and a half years educating myself and the public while spreading the good word of bourbon. I took part in single barrel selections, experienced local events, and had the honor of competing in many different competitions. I got to know my peers as well as masters of the craft. My time at Down One allowed me to grow and develop my skills and knowledge base. I was afforded so many opportunities during my years with the company–opportunities that opened many doors and allowed me to do so much more than I could have ever imagined.

2. You’ve won and placed in numerous cocktail competitions over the years. What are some of the highlights and how will you use those skills in your new role?

I would have to say some of my more exciting wins were the Best Contemporary Cocktail at the Bourbon Classic this year, taking first in Lexington’s Bourbon Social, and winning The Professional Division of the “Not Your Pink Drink” Competition for Bourbon Women. My new role has a component of cocktail creation built in and thanks to the recent passing of SB 11. My cocktail background will lend itself well to this new position.

3. Rye whiskey has experienced a resurgence in recent years thanks to people like you making classic whiskey cocktails. Jim Beam was one of the few distilleries that continued to produce rye whiskey even when it wasn’t very popular. How will you utilize Beam’s strong rye whiskey portfolio in front lines whiskey education?

Knob Creek Rye is one of my all-time favorite bases for cocktails. It stands up so well against strong mixers and adds a much needed rye backbone to the classics. I plan on introducing Knob Creek Rye to the masses, beyond the bartenders who have already discovered its magic, and taking the opportunity to showcase how it is relevant to every cocktail bar collection. I am also incredibly happy with the new release of Jim Beam Rye. The pre-Prohibition style 90 proof is holding its own in my crazy cocktail creations. It is all about knowing your audience, gauging their sipping habits and knowing when to introduce the spicier spirit.

4. Where will your first month take you? Do you already have events or travel planned?

My first month is being spent getting to know all things Beam Suntory. Education is a number-one priority. I am reading all the books I can get my hands on as well as taking time to shadow every department. So far I have spent some time behind the scenes with the ones that really make this business run on the scale that it does. Let me tell you, those production folks are amazing. Their knowledge is limitless and their execution is flawless. I am truly in awe of their work. I am also spending time with brand teams, front line ambassadors, and the people behind the desks that make life run smoothly around here. The only travel scheduled so far is around the state, acquainting myself with our Kentucky facilities. Fear not, there are events in the works. I am just not at liberty to discuss them yet!

I think my 5 Rue Daunou (my take on a Boulevardier) is my favorite cocktail:

Use a hand smoker to smoke a coupe glass with chips from a bourbon barrel stave.

Add all ingredients to a mixing glass. Stir with chipped ice until chilled. Strain into smoked coupe glass over large round ice ball. Garnish with a flamed lemon zest.