Editor’s Note: These whiskies were provided to us as review samples by That Boutiqe-y Whiskey Company. This in no way, per our editorial policies, influenced the final outcome of this review.

At first sight, I was confused at the small package of four bottles in front of me. Eye catching would be one way to put it, but shocking would be another. Bright colors, assorted drawings with a distinct style and the words ‘Scotch Whisky’ lurking on a drawing of a pink banner. Sitting between a fish in a coat and what appears to be a peanut butter and jelly sandwich are the words “That Boutique-y Whisky Company” on another, larger pink banner. Never have I come across such a combination and it made me unsure of what I had gotten myself into.

Then I took a second look. The artwork is as interesting as you get in the spirits world and very well done to boot. On the back of the box you find some nice snippets about the bottles and the distilleries they come from. Tasting notes and some more drawings continues to peak my interest. I decide to crack the bottles before reading too much about what they taste like.

Lovely liquids! All practically the same color, but with unique personalities that make for a fantastic flight. This is what leading Scotch whisky independent bottler That Boutique-y Whisky Company (TBWC) is about – individuality and quality. Built upon the idea of not being too serious, they bring amazing expressions of whisky to the public in an accessible and fun way. Rarities, one offs, historically significant, avant-garde and just plain good – they’re sharing things that they like and want to share. I love it.

You can get all kinds of different world whiskies at a huge range of prices from these guys, although much of what they’ve done is of the Scottish single malt style. The artwork is an expression of themselves in whatever way they feel appropriate. They are unapologetic and it works. Props to TBWC.

Today we have four Speyside/Highland expressions that are all owned by Diageo. Auchroisk mostly produces whisky for blending. However, in 1986 they sold whisky under the name The Singleton and it gained popularity as being a clean and crisp single malt. That name is also owned by Diageo but is currently distilled at Dufftown Distillery and any single malt released from Auchroisk is labeled as an Auchroisk.

Dufftown, meanwhile, puts out more than three million liters of distillate a year. They operate 13,100-liter and 15,300-liter stills to do that, and most of what they make heads into a blend. Founded in 1896, they’ve got some history behind them as well and it’s pretty cool to try a single malt from them alongside these others.

Linkwood is one of those lovely distilleries with a superstition, or truth, around the consistency of the environment that surrounds the whisky making. The previous distillery manager, Roderick MacKenzie, wouldn’t let the staff remove cob webs, fearing it would change the character of the product. He is also oversaw the rebuilding of the distillery in 1962. Who better to make sure it’s done right then a guy who insists on a such details? I would love to try an expression of before and after the rebuild to see how he did.

Teaninich is the hardest on to spell in the group, and it also made a top 10 list for hardest names in the Scotch industry to pronounce! This distillery produces mostly for blends but does have a 12 Year you can find. Their claim to fame among the others here is the absence of a mash tun. The resulting process produces a very clear wort. When combined with fat bottomed stills you get a profile you probably haven’t had anywhere else. 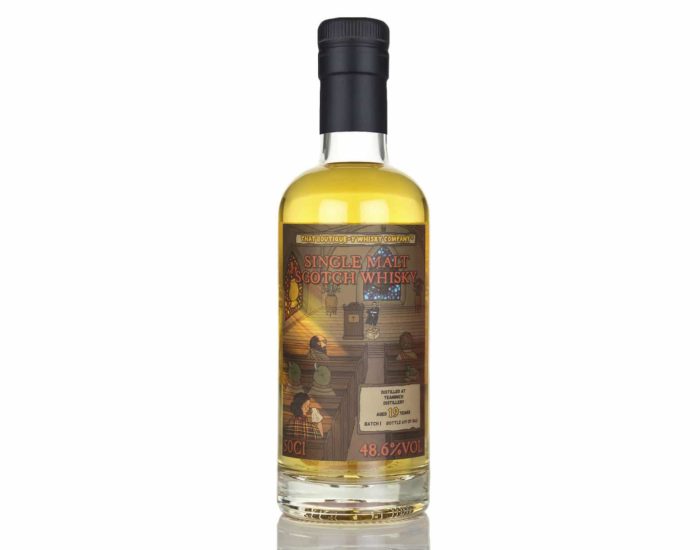 Appearance: Light gold with a touch of green.

Appearance: Very light gold with a touch of green.

Palate: Cherry up front, bartlett pear and leather. Nice and oily – great texture and more spice on palate than on the nose.

Appearance: Very light gold with a touch of green.

Appearance: The lightest of the bunch, faded yellow but nearly clear.

Final Thoughts: I had a blast with this sample pack. It’s a well-chosen group of products to compare side-by-side and all of great quality. You don’t always get to try expressions such as these, and almost never at the same sitting, so we’re learning something new here on top of it. I enjoy what TBWC is doing, and I will continue to keep an eye out for their products whenever I can.