Editor’s Note: These whiskies were provided to us as review samples by Kilchoman/ImpEx Beverages. This in no way, per our editorial policies, influenced the final outcome of this review. It should also be noted that by clicking the buy links towards the bottom of this review our site receives a small referral payment which helps to support, but not influence, our editorial and other costs.

Traditions and routines are ideals that aid us in our personal identity and help to connect and understand one another. As we come to the time of year that is usually replete with long established customs of togetherness and celebration, we have to pause and be reminded that we are currently in a time of caution and prudence. As with many other challenges that this particular year has brought to us, we may have to adjust our usual habits and imagine new ways to celebrate.

When Kilchoman came into the Scotish distilling scene 15 years ago, they were entering an industry that could not have been more steeped in tradition. In fact, they were the first new Scotch distillery on Islay in over a hundred years. So, how could they stand out and create their own identity in a region that has established status? They looked to the past, present, and future and started their own traditions.

Kilchoman has done an amazing job of championing the merits of young whisky. The first Kilchoman single malt was released in 2009 at three years old. With that success, they looked to the past and revitalized the once common practice of farm scale distilling. Just like 200 years ago, they grow, malt, and peat their own barley, and also all distilling, maturation, and bottling is all done within the farm distillery limits. The intended experience is to transport the imbiber to the midst of their barley fields as you sip. 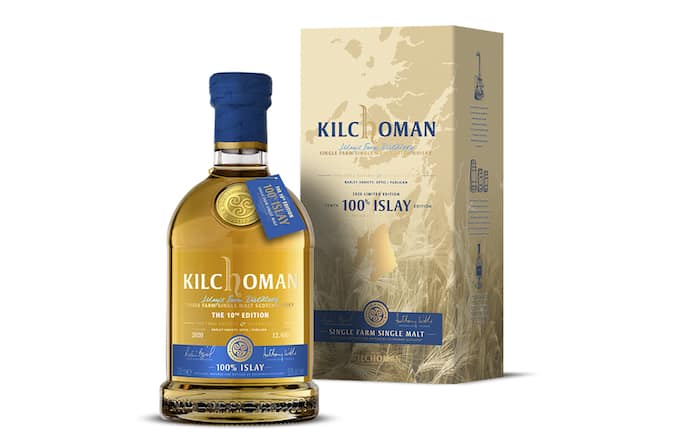 Palate: Green apples, pears, and a wisp of smoke.

Final Thoughts: Tremendously approachable and full of character. Reminds me of the sun finally coming out on a rainy day.

Appearance: Clear with a Rose’ tint. Wide tears on the glass.

Final Thoughts: Very big fortified wine influence on this one. Similar to sangria with a touch of smoke. Not what you would expect from an Islay Single Malt, but enjoyable.