The annual Diageo Special Releases always has a theme. However, the 2020 edition is the first time a theme has been repeated. Due to the popularity of the 2019 Rare By Nature collection, Diageo has released a part two. This is a special opportunity for Master Blender, Dr. Craig Wilson to highlight the rarest whiskies from the chosen distilleries for an encore.

Lagavulin is one of Islay’s oldest distilleries. Founded in 1742, ten small and illicit distilleries were originally grouped together to form the distillery. It did not get the name Lagavulin until 1816, when a farmer and distiller, John Johnston made the whole operation legal. Johnston ran Lagavulin up until his death twenty years later. Lagavulin changed ownership time and time again. Eventually, White Horse Distillers Ltd. (formerly Mackie & Co.) take over.

Lagavulin tried to survive during wartime, but WWI caused grain shortages. Even in the midst of WWII when men were drafted and women replaced them at the distillery, Lagavulin shutdown in 1941 for the remainder of the war. Once opened back up in 1948, the distillery continued to produce non-blended whisky. 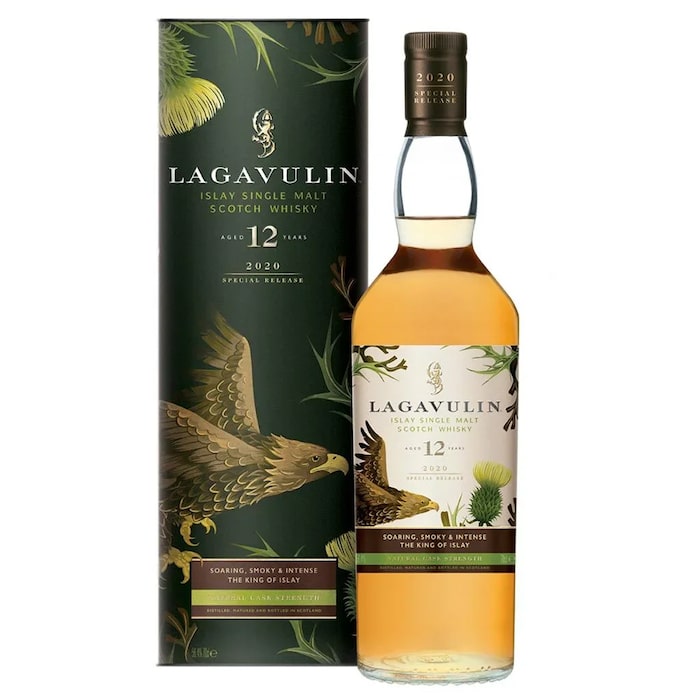 Nose: Caramelized vanillin smoke hits the nostrils right away. Processed cocoa gathers in the middle. A kiss of citrus also bursts out in the dram. The earthen peat comes out towards the end.

Palate: The mouthfeel is full bodied and oily. The natural cask strength is perfect as it only warms the palate rather than burns and overwhelms it. Dark chocolate covered espresso beans sit on the sides of the tongue while fruit stays at the front. Orange and vanilla mingle like a Creamsicle. Dried oak hits at the back and roof of the mouth near the finish. The whisky is bold with peat but it unfolds elegantly and gently.

Lagavulin is not messing around. This year I did not notice the meaty taste to the whisky like I did in the 2019 Rare by Nature Special Release. You cannot go wrong with Lagavulin. It is a staple scotch for a reason. The 2020 edition just seems classic.