Editor’s Note: This whisky was provided to us as a review sample by Diageo. This in no way, per our editorial policies, influenced the final outcome of this review.

Johnnie Walker Blue Label Ghost & Rare Glenury Royal Blended Scotch Whisky is quite the mouthful. It’s rich, robust flavors blend well together, leaving you with a sweet and fruity, mild burn on the tip of your tongue. The legs are semi-long and well-formed on this limited edition scotch whisky, and impressive little beaded bubbles formed on the inside of my glass. The Blue Label Ghost & Rare Glenury Royal is the third release in a series of three thus far, created by Johnnie Walker Master Blender Jim Beveridge.

If you’ve never heard of a “ghost” whisky, it’s a one-of-a-kind, irreplaceable whisky; one that is much longed for in the wonderful world of scotch lovers. These whiskies are created from “ghost” distilleries- rare and unique distilleries that have long since closed down. And, not unlike that of a ghost town, there is just something about these ghost whiskies that makes you want to experience a taste for yourself.

Johnnie Walker Blue Label Ghost & Rare Glenury Royal is named after the Glenury Royal ghost distillery, which closed its doors nearly 35 years ago. Combined with the whisky from Glenury Royal in this bottling are other ghost whiskies from Cambus and Pittyvaich, blended together with a handful of other rare malt and grain whiskies, including those from Glen Elgin, Inchgower, Glenlossie, Cameronbridge and Glenkinchie.

From a history perspective Glenury Royal was originally founded in 1825 by Captain Robert Barclay Allardice, a member of the British Parliament and a notable Scottish walker of the 19th century. Besides being a distiller, he was also a professional boxer, walker, and gambler. He is most notably remembered for winning a bet in 1809 for walking 1000 miles, in 1000 hours, to win 1000 guineas.

Sadly the distillery burned down in a horrible fire, but Barclay used the same drive and determination that he used to win his many bizarre pedestrian contests, and he built the distillery back up to flourish in great success. Glenury Royal became one of only three Scottish distilleries to receive a Royal title, before shutting it’s doors for good in 1985. 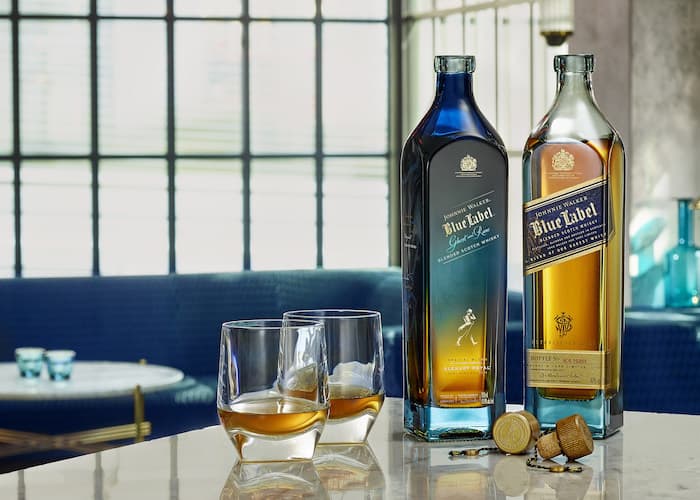 Vital Stats: Available globally beginning October 2019; Bottled at 43.8% ABV; Each bottle of this limited edition release is individually numbered; Priced around $300-$400 for a 750ml bottle.

Appearance: Like burnt copper glistening in the moonlight, or a soft, amber sunset. A pleasing glow that reminds me of warm, sweet caramel melting over an ice cream sundae.

Nose: Warm vanilla and fresh honeycomb. Familiar and inviting, with a welcoming wood essense and an earthiness that makes you feel right at home.

Palate: Layers of flavors, like eating Almond Rocha or a Heath Bar. Creamy dark chocolate mixed with crunchy toffee and hints of rich, chewy butterscotch; followed by small amounts of smoke and nuttiness, tied together perfectly with sweet, flower-like notes and splashes of dried mango and apricots.

I don't usually go for scotch, but this blended scotch whisky was a little magical. I enjoyed the balance of fresh and dried fruits, intertwined with so many other flavors that melted effortlessly into each other and danced around delicately on my tongue. It had a long, smooth finish and a pleasant light burn, leaving me with the fruity flavors of mango, apricot, and apple in my mouth.

Johnnie Walker Blue Label Ghost and Rare Glenury Royal is spendy, but it's worth trying once in your lifetime. Just be careful because the complex flavors you try "that one time" will make you contemplate splurging on every limited edition new release "just once". It's the perfect whisky to sip neat while sitting in front of your fire on a crisp fall evening.

For as long as I can remember, writing has been a part of who I am. It's my creative outlet, my therapy. A good whiskey is kind of like that. The unique, bold flavors of each dram brings me to a place of comfort and warmth that only the smoothest...