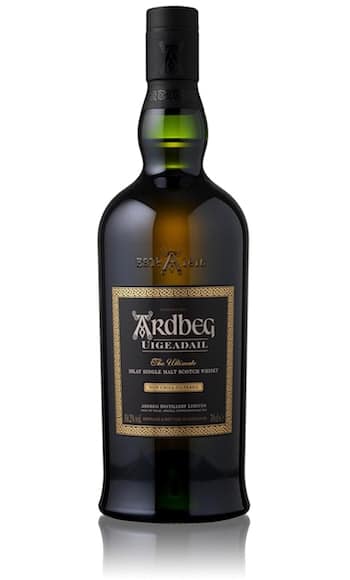 The story of Ardbeg is a story of starts and stops. There was a time not long ago when the stills at Ardbeg sat dormant. This happened more than once over their history, as a matter of fact. The distillery was established in Port Ellen on Islay in 1815. The two centuries which followed saw multiple changes in ownership as well as closures and resurrections.

Understandably, distillation was ceased from 1932 to 1935 due to economic instability in the global marketplace. A closure in March of 1981 lasted until 1989, and the following seven years had the distillery in operation only two months annually. These smaller yields were intended for blends. The year 1996 saw the doors at Ardbeg closed once again.

A year after its last closure Glenmorangie acquired Ardbeg and basically kickstarted much of what is recognizable in the brand today. For some whisky enthusiasts, this stewardship is a double-edged blade. While today’s iconic dark green bottles of Ardbeg are ubiquitous as their clean and classy cousins, so are the seemingly never-ending streams of limited releases. The Glenmorangie fingerprint is all over today’s Ardbeg, from producing in volume down to the similarities in packaging.

Within the rotating limited releases, Ardbeg more or less maintains a consistent trio of bottlings known as their Ultimate Range. Ardbeg 10 Years Old is the beginner’s Ardbeg in terms of availability and price, but offers a depth of experience which will please a wide variety of peat lovers. The other two releases which share shelf space with the 10 in most retail locations are Uigeadail and Corryvreckan.

Uigeadail (which Ardbeg details on the packaging is pronounced “Oog-a-dal”) is named for the loch which provides fresh water to the Ardbeg distillery. The producer publicly discloses scant details on the specifics regarding what exactly is in the final dram, and there’s no age statement to be found. What is known is that this Scotch is a “…special vatting of different styles of Ardbeg, marrying together its traditional deep, smoky notes with the sweet, raisiny tones of old ex-Sherry casks.” The final product is bottled at an angst-eradicating 54.2% alcohol by volume.

Palate: Deep, wide, dark, and lush. Warm, salted caramel, smoke, tobacco, cocoa powder, marshmallow burnt over a campfire, and pecan pie. There is a citrus bitterness in the mid-to-late-palate. Reminiscent of chocolate-coated candied orange peel with sea salt. The finish transitions seamlessly with the smoke and peat mingling with a salty sweetness that is full and satisfying.

Uigeadail is a release that is spoken of in hushed tones and impassioned shouts while also being widely available and fairly affordable. Ardbeg enthusiasts in particular go back and forth critiquing the individual characteristics of particular vintages. While I have myself experienced direct showdowns between newer and older bottles of this dram and lived to bear witness to the varying personalties of each, I can also say that as a regular release Uigeadail retains a level of quality which eludes the vast majority of single malts on the market today. Shorthand: this is tasty as hell.

The first question people are likely to have after wondering how to pronounce the various incarnations of Ardbeg is which one is the best. Of course, this is purely subjective, but for my money Uigeadail is where it’s at. Ardbeg loves splashing the word “ultimate” across all of their branding. In this case, I would say that Uigeadail is the ultimate version of regular Ardbeg available on the market today.

If you are a newcomer to Ardbeg — or to peated malts in general — I would still point you in the direction of Ardbeg 10 Years Old. There is a lower entry cost should you find yourself begging friends to come over to help you dispose of the contents if you find them unpalatable. There is nothing wrong with that, by the way. The brand is just not a one-size-fits-all single malt, and it does not pretend to be. However, if the 10 scratches you where you didn’t even know you itched, move on up to Uigeadail for your next bottle.

77
Shares
17k
Views
Share on FacebookShare on TwitterGet Our Newsletter
Cheers to the Dads! Personalize a bottle of his favorite whiskey to create a modern gift for the modern man. Use code: FATHERSDAY20 for $20 off your next order of $100 or more at ReserveBar