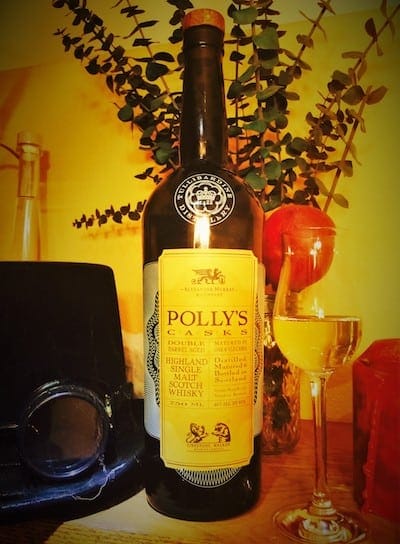 Ale that’s been aged in whiskey casks is fairly well known these days, but whisky aged in ale casks? Well, it’s not virgin territory, believe it or not. Just down the street from my front door, McMenamins Edgefield Distillery in Oregon makes a concoction known as “Monkey Puzzle,” a malt whiskey dry-hopped with Teamaker hops. Go figure.

A large percentage of beer barrel-aged whiskey is being made in the United States. The playing field is not limited to whiskey, either. Rums are also being aged in beer barrels, along with various other spirits.

Since we’re on the subject, I should probably confess that I’m not a big fan of hopped-up American beers, particularly the Pacific Northwest variety, which I sometimes not-so-affectionately call “skunk butt” due to their bitterness.

Yes, I’m that nerd who looks for imported English, Scottish, German, and Polish beers when I pony up to a bar, and if I can’t get my hands on a bottle of malty goodness from overseas, then I’m not above asking the bartender about which beer on tap is the “least hoppy.”

As the story behind the whisky in this review goes, the Top Dog from Alexander Murray, a major private bottler of single malt Scotch, was having dinner in California with the founders of Firestone Walker Brewing. The subject of ale aged in whiskey and whisky barrels came up in the course of the conversation. The owners of Firestone began to discuss their passion for aging ale in bourbon barrels. And then a remarkable thing happened: another round of drinks were consumed.

Well, actually, that’s not the remarkable part. After the next round, somebody raised the possibility of aging single malt Scotch whisky in Firestone Walker Brewing ale casks. Now, as I’ve already mentioned, this experiment has been conducted by breweries and distilleries in various corners of the world before, but in the case of a budding “Central Coast Connection,” everyone at the table was in a unique position to make the deal happen, in addition to expanding production into the big time, on an international scale.

And so, they did. The end result is Polly’s Casks, named after Polly Firestone Walker, a co-owner of the brewery. Now, I’m not sure if Polly, herself, comes from the famous Firestone wine family, but I tend to think so–especially considering that Firestone Vineyards manage Firestone Walker Brewing, and both are located fairly close to each other, on the Central Coast of California.

At any rate, the experiment became a reality. Now, as to whether it was a successful experiment, that remains to be seen, tasted, and evaluated, which I am now prepared to do – on behalf of you, dear reader.

Vital Stats: 40% ABV (80 proof); unspecified amount of time aging in oak bourbon barrels, followed by one year of maturation in ale casks; 100% Tullibardine single malted barley; $75-$120 per 750ml bottle, depending upon where the whisky is purchased.

Nose: A strong yeast presence, prune juice, and reposado tequila are immediately noticeable. Time in the glass helps to bring out more grainy notes, along with – surprise, surprise – the scent of dried ale in the bottom of a pint glass. Grape Nuts cereal also makes a late appearance, along with a curl of smoke, which drifts up somewhat languidly.

Finish: Medium length; over-ripe citrus fruit, and a rubbery bitterness (no, I won’t stoop to a Firestone tire analogy) gives way to young malt spirit, along with a yeasty hint of ale barrels shipped across the Atlantic ocean from California.

Well, I suppose after typing the above tasting notes, there’s really not much more to say about the current batch of Polly’s Casks. The evidence speaks for itself.

I just can’t get over the practically new make spirit presence, along with a bunch of yeasty casks, which seem to accentuate all of the wrong things in the whisky. It’s fair to say that this is a “failed experiment,” but that doesn’t mean I regret having the chance to taste the results. In fact, I found the experience quite interesting and educational.

Unlike other creative whisky making concepts, this one probably would not benefit from further attempts, since there really is nothing to “fine tune.” I don’t think the problem with Polly’s Casks lies solely in the very young spirit that was used. Aging single malt Scotch whisky in ale casks just doesn’t seem like a winning concept, at least to me.

Perhaps the folks at Tullibardine distillery tacitly agreed when they (begrudgingly?) poured a bunch of their wash into sixty ale barrels, which had been shipped all the way from California. I also don’t think it was a mistake that the whisky was only aged for a year. Any more time in ale casks probably would have made it nigh undrinkable.

Now, as for using wine casks from Firestone Vineyard, or one of its many estates, to age some older and more venerable Tullibardine single malt…well, that idea totally sounds like a winner! Perhaps Polly’s name might be kept on future offerings made from a more conventional marriage of single malt Scotch whisky and wine casks.

In like manner, Polly and her husband, David, might also consider using wine barrels to age a few of their beers, particularly those which hail from Curtis Winery, a maker of Rhone-style wines. The green olive and smoky bacon overtones of Northern Rhone reds could work their magick on soft and silky dark roasted brews, whereas sweeter white Viognier-style white wine barrels could create some favorable results with crisp, barrel-aged beers.

Score: 73/100 [SHOP FOR A BOTTLE OF ALEXANDER MURRAY POLLY’S CASKS]