This straight malt should not be confused with American single malt, a growing category in the American market. What’s the difference between the two? While it so far lacks a TTB-approved standard of identity, American single malts are made with 100% malted barley. There are around 100 distilleries making American Single Malt Whiskey. On the other hand, malt whiskey only needs a minimum of 51% malted barley, and to qualify as “straight,” they need to be matured for a minimum of two years.

Woodford has brought to market an uncommon malt whiskey which is designed for bourbon drinkers in mind. In a previous story Assistant Master Distiller Elizabeth McCall said:

“The malt whiskey will feature a uniquely balanced mash bill of 51% malted barley, 47% corn and 2% rye. All three grains [from our bourbon] represented, but in different ratios,” McCall says. “So it’ll be the same process in barrels, matured for the same amount of time, same proof point, the only thing that’s changing is the grain recipe.”

At first, I was a little surprised by the new release. Then I remembered Woodford has had been working with malts for years. The November 2013 Masters Collection release consisted of two bottles of malt selections. You could try a classic and straight malt side by side. The classic was more grain forward, while the Straight Malt was more barrel forward.

After prohibition ended the US Federal Government approved four straight whiskey standards (Bourbon, Rye, Wheat, and Malt). I wouldn’t be surprised if we find more straight malts coming to the market soon. But for now, Woodford Reserve is a pioneer in this space. 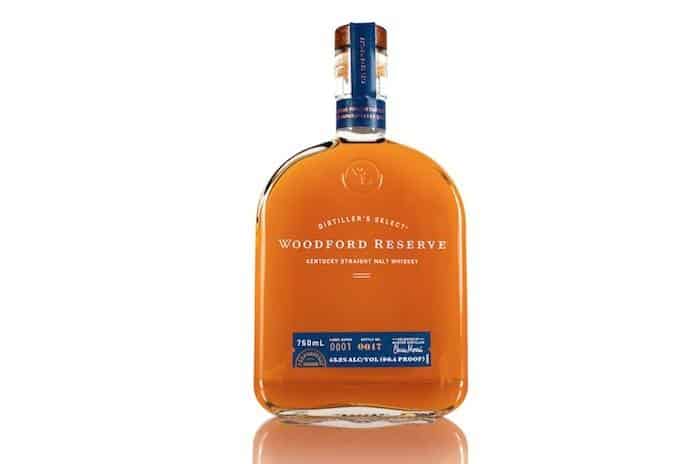 Appearance: It has a deep chestnut color as you’d expect from freshly charred barrels.

Nose: The aroma is soft with both nutty and fruity aspects. I notice strong apricot notes. The oak shines through with further nosing.

Palate: The palate skews more towards wood, spice, and grain aromas than sweetness, yet fruity and floral flavors are also present. The corn keeps the flavor slightly buttery and nutty, similar to the other Woodfords. It’s very peppery on the front of the tongue with deep cherry flavors towards the back.

This is of the quality that we have come to expect from Woodford Reserve. It falls in line with the rest of their core range as a good go-to whiskey. Not high end, but reliably good.

I'll call this the gateway whiskey. Since the mash bill is 47% corn, it will naturally appeal to today's bourbon drinker looking for variety. At the same time, it can be a malt drinker's peek into bourbon. At the $35-40 750 ml price point, it's a great value. If you are already a fan of Woodford Reserve, you'll want to check this out. If you hesitate around American single malts, there is no need to hesitate here. This tastes different. They are innovating in this space, I think this should be on every bourbon geek's must-try list.