Wigle Distillery in Pittsburg, Pennsylvania has, since its inception in 2012 , very much rooted itself in lore and tradition.  From naming itself after Phillip Wigle, the first American to receive a presidential pardon after his participation in the Whiskey Rebellion, to celebrating whiskey distilling’s American heritage as related to western Pennsylvania.  The people behind the bottle are committed to supporting their community,  most notably from sourcing their raw materials from their local agricultural network.  For all the discipline to tradition, they don’t shy away from pushing the envelope to come up with some innovative ways to share their whiskey.

Whether celebrating the local sports team, National Holidays, or supporting their local community of artists, creative uses of secondary maturations and finishings to their whiskeys has helped to distinguish themselves.  Wigle rye whiskey has found itself in everything from an ex-mezcal cask, seasoned sherry casks and even quarter casks that once held Scottish whiskey.  Since the latter seemed to work so well for their rye, why not try it on the bourbon?

A quarter cask refers to a wooden whiskey container, generally one fourth the size of a sherry butt.  What this can mean to whiskey that has been placed in these smaller vessels is more surface contact with wood, which can intensify the characteristics associated with oak maturation.  The quarter casks we’re referring to here were once used by Laphroaig, the well known, heavily peated Scottish single malt expression, aptly named Quarter Cask.

For Laphroaig’s Quarter Cask release, they place their single malt whisky (which began its journey in an ex-bourbon barrel, for those of you keeping score at home) into the smaller vessels as a way to offer a softer alternative to their traditional expression.  So, Bourbon influenced Scotch goes on to influence a separate wooden container, which then in turn has another life influencing bourbon.  Talk about a round trip! 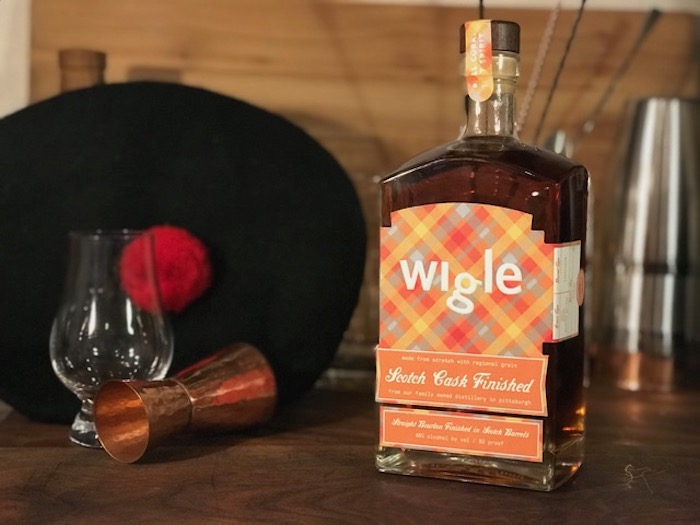 Nose: Grilled peach and noticeable peat character, leaves you with the impression of marshmallow

Palate: The peach and smoke continue.  Cedar astringency and a long finish make you feel like you’re on a hayride at the fall harvest fair.

The aromatics were intensely sweet. The peat, as subtle as it was, seemed to bring out the sweetness of the corn and give you the impression of peaches. As interesting as this initially was, you’re kind of hoping for another dimension or characteristic to manifest. I would be very curious to sample a more mature expression.