Town Branch Malt Whiskey is made by Lexington Distilling, which is owned by Alltech. One might also know the brand as Lexington Brewing and Distilling Co. The company was established in 1999, and offers a full line up of malt whiskey, rye, beer, canned cocktails, gin, bourbon, and other spirits.

With the opening of the Town Branch Distillery in Lexington, Kentucky, in 2012, they became part of the world-renowned Kentucky Bourbon Trail. They also operate another location, Alltech Dueling Barrels Brewery and Distillery, in Pikeville Kentucky. For even more fun and history, Pearse Lyon Distillery at St. James church in Dublin, Ireland, is also part of the brand’s portfolio.

For this malt whiskey review, I tasted a single cask sample of Town Branch Malt Whiskey that’s older than the brand’s core malt whiskey release. The fill date of this cask was in 2014, according to the brand’s labeling convention (14A17, where the first number reflects the year distilled, the letter corresponds to the day, and the last number is the day the cask was filled). It’s not clear whether the “A” stands for April or August, so the sample is either six or seven years old. 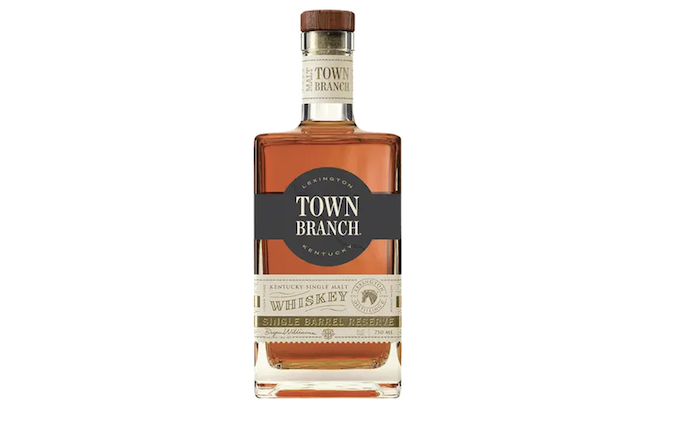 Appearance: Pale yellow, like a hay field on a bright, sunny day.

Nose: There’s a pleasant aroma of a hay field or a fresh cut fir tree. It’s fresh and earthy.

Palate: This was a little sweeter than some of the other Town Branch Single Barrels. It’s slightly sweet all the way through to the finish but there’s also hints of black pepper. It’s a nice play between the spice and sweetness.

I was able to try three Town Branch Single Barrels and this was my favorite of the three. Unlike the bourbon and rye, this malt whiskey tastes better than the nose. The palate was sweeter than I expected and less hot. I still prefer the newer bottles more widely available than this particular single cask.