The pandemic has put 2020 on hold for so many things, but one thing we can count on is the Antique Collection from Buffalo Trace Distillery. Thankfully, whiskey lovers can rejoice and celebrate the 20th anniversary of this spectacular collection. It includes the George T. Stagg, the William Larue Weller, the Thomas H. Handy Sazerac Rye, the Sazerac 18 Year Old, and the Eagle Rare 17 Year Old.

Over the years, the Buffalo Trace Antique Collection (BTAC) has gained notoriety. While the retail price for the collection is $99 per bottle, the secondary market has continued to push the price threshold. Collector’s usually scoop up the bottles making them impossible to find, but sometimes you can find a bottle sitting on a bar shelf asking to be tasted.

Thomas H. Handy is the uncut and unfiltered straight rye whiskey. Last year’s release earned The Chairman’s Trophy, scoring 99 points at the Ultimate Spirits Challenge and was also named 3rd finest whiskey in the world in “Jim Murray’s Whiskey Bible.”  This year’s Handy was distilled in the spring of 2014; aged in warehouses K, M, and N, and weighs in at 129.0 proof.  The flavor profile includes cinnamon, anise and honey. 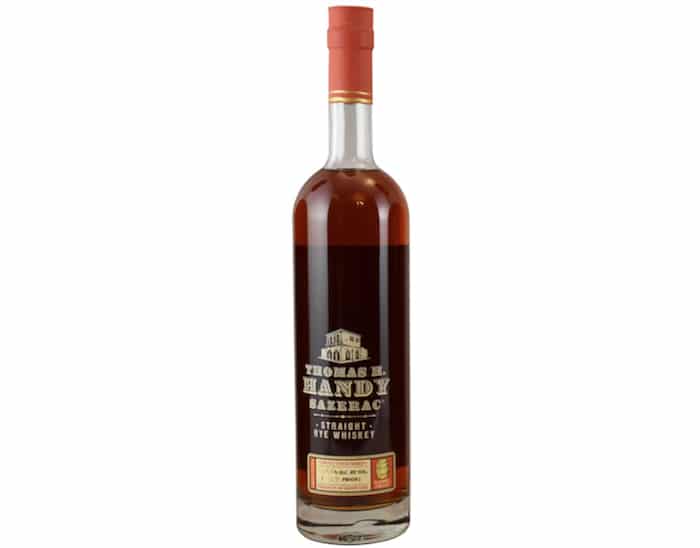 Nose: To begin with, sweet French vanilla and custard mingle with bruleed sugar. The whiskey is quite fruity with pear. Near the end, there is a faint touch of star anise.

Palate: The star anise from the nose is much more present on the palate. As the anise mixes with cinnamon and cocoa, it reminds me of Mexican hot chocolate. On the other hand, there is a touch of crème brulee. The mouthfeel is oily. In spite of the dessert-like qualities, the finish is quite earthy.

The 2020 Antique Thomas H. Handy Sazerac Rye stood out the most out of the entire collection. Tasting like Mexican hot chocolate, it is just the perfect whiskey to finish off a night. It did remind me of brandy, or even cognac, and nothing would stop me from sipping it out of a snifter. If you get the chance to taste all of the BTAC, you will see how just how different it is.

Read More Whiskey News
Whiskey Review: Cascade Moon Edition No 1
5
User Rating 3.14 (69 votes)
Sending
17
Shares
7.8k
Views
Share on FacebookShare on TwitterGet Our Newsletter
Cheers to the Dads! Personalize a bottle of his favorite whiskey to create a modern gift for the modern man. Use code: FATHERSDAY20 for $20 off your next order of $100 or more at ReserveBar