Editor’s Note: These whiskeys were provided to us as review samples by Camus Wine & Spirits. This in no way, per our editorial policies, influenced the final outcome of this review.

Lambay Irish Whiskey is a relatively new brand we recently made note coming to the U.S. market from a partnership between Camus Cognac and Baron Revelstoke of Ireland. Largely known by Camus Wine & Spirits in the United States, the import company represents one of the last major Cognac houses that is family-owned and independent. They have a selection that includes highland Scotch and French wines, and with this addition comes their first Irish whiskey.

The setting for the whiskey, and the inspiration for the brand name, is Lambay Island, a wildlife sanctuary located off the east coast of Ireland, that’s been owned by the Baring Family (Baron Revelstoke being the most current) since 1904. The initial two whiskeys released under this new line, and what I’m reviewing here, include: 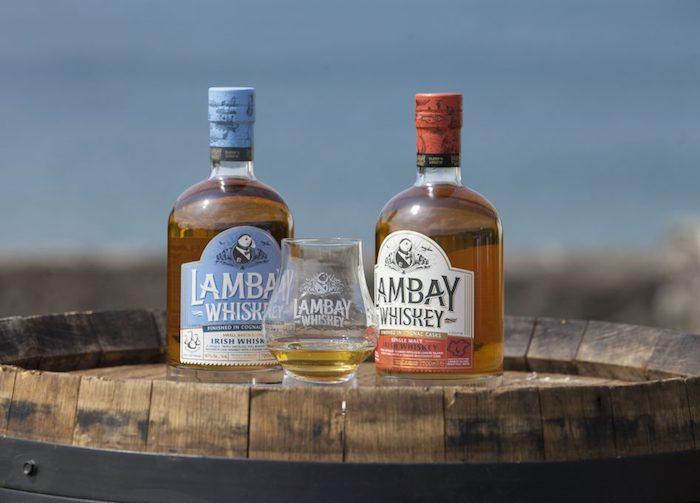 Appearance: Golden hue that is practically transparent when held to a light.

Nose: Banana bread and fermented pineapple, floral with a slight bit of clove and vanilla, aromatic and bright.

Palate: Unexpectedly forward for an Irish whiskey with a bit of a black pepper kick. The palate largely matches the nose, with a heavier spice component and notes of sour cream, buttered toast and lemon.

Final Thoughts: They state on their website that this is a perfect Irish whiskey for a cocktail, and I would agree. It has a beautiful nose and an interesting palate, but would live better in a creative drink. I think the bite from the pepper, the tannins from the bourbon cask, and the nuances from the Cognac influence would provide a nice mixing opportunity.

Vital Stats: 80 proof, ex-bourbon matured and Cognac cask finished on the Island of Lambay, $50 for a 750mL.

Nose: Savory and mineral, like a salt stone. Heavier malt depth than the blend, a necessity with the ocean influence. Some fruit notes like cherry and green strawberries are present, along with iodine and banana again.

Palate: Light and smooth, delicate on the palate with a creeping salinity and mouth watering flavor burst of malt. The second sip shows tropical and red fruit, ocean spray, and malt balance. Much longer finish than the blend, leaving caramel and salted pecans.

Final Thoughts: A very nice Irish single malt, yet it still feels a bit young. The sea influence is delightful, but more time in wood may balance the malt more effectively and continue to bring depth. The touches of red fruit make me want a deeper whiskey, with dark flavors and the the wonderfully light Irish whiskey style body.