This whiskey, a new release by Limestone Branch, takes its name from Minor Case Beam, one of the many bourbon-making descendants of Jacob Beam—the considerably better-known Beam, Jim, was his third cousin. Although some of the Beam clan went to Canada when Prohibition was enacted, Minor Case’s career as a distiller effectively ended in 1920. That branch of the family was out of the whiskey business until 2010, when Steve and Paul Beam opened Limestone Branch Distillery.

Limestone Branch, thanks to partial ownership by Luxco, is behind the recent revitalization of the Yellowstone name, a brand that once had Beam family associations. To date, their actual whiskey—they also make several spirits distilled from a half-corn, half-sugar mash—has all been released under the Yellowstone label. It’s also, to date, all been sourced, as is this rye whiskey.

Minor Case Straight Rye Whiskey is a two-year-old straight rye. That two-year aging includes a six-month finish in sherry casks. There’s no information on mash bill, aside, obviously, from it being at least 51% rye. It’s bottled at 90 proof.

The packaging here is very attractive, with the initials “MCB” molded into the flask-shaped bottle and a cute, well-designed rectangular label. 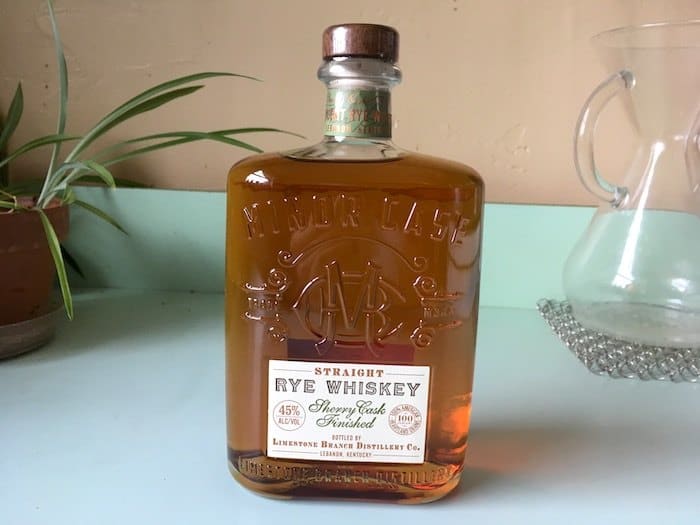 Nose: Fruit- and candy-forward at first sniff, with vanilla, red fruit, and cherry Jolly Ranchers. After a minute or so, I get oak. With a few drops of water added, it gets rounder, with more warm spice notes and less of that sugary candy quality.

Palate: Fairly hot on the palate for a 90-proof whiskey. Berries and cinnamon, with old wood on the back of the palate. Oak sticks around. Water benefits the palate, as well; it clarifies the fruit and spice notes and softens the wood to more of a leathery, tobacco-y note. On the other hand, now I get a distinct cherry cough syrup note on the finish.

This isn't a bad whiskey, but I can't get too excited about it, either. I'm not crazy about the cherry candy/cough syrup notes I get; water smooths that side of the whiskey out on the nose, but intensifies it, if anything, on the palate. Otherwise, there's not too much to distinguish this from any other MGP-sourced, minimum 51% rye whiskey.

I can definitely see it being good in a manhattan, but at $50, I'd just go for a bottle of Bulleit.