We first heard about this new rye whiskey by John Drew Brands in 2016, and are excited to see how it matches up to the renowned cigar quality they’re known for. John Drew has the second largest cigar factory in the world under Drew Estate, located in Nicaragua. This rye whiskey, along with two other spirits, is one of the company’s first attempts to move into the food and beverage world.

The styling of the John Drew Brands bottles make it apparent that the company is familiar with luxury cigar sales. The John Drew Rye lettering is showcased with gold and black contrast, which pops out at you in a almost flamboyant way. It makes the drinker feel a little bit richer. The story of John Drew, or JD, is laid out on the back of the bottle. It explains the hard-knock path to success that helps characterize the brand name. It also states that the whiskey is a Canadian distillate that is aged in “Specially Toasted Oak Barrels” before being shipped to JD in Florida.

Given the nature of the whiskey, and the fact that the label lacks the word ‘Straight’ on it, I am curious to know more about the actual behind-the-scenes production of this spirit. However, it is backed by a brand that tends to hit on popularity, capitalizing on both trends and market opportunities. They make reputable products, so there’s no reason to assume this whiskey contains any additives. However, it does have an interesting sweetness for a four year rye and an overwhelming vanilla bean character to it, in a way that actually started growing on me. 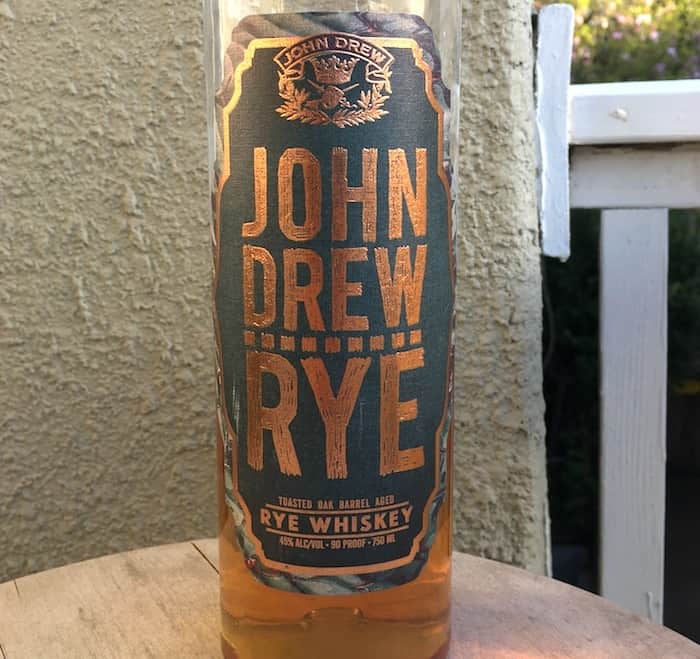 Nose: A light sweet toast with some alcohol, but not too much. Some peach and fleshy fruit, which is largely overwhelmed by vanilla bean in a way that reminds me of marshmallows. Hints of dairy carry through as well.

Palate: It drinks as a quality spirit should with minimal alcohol burn and good salivation, a tribute to the Canadian distillation. Creamy, again with overwhelming vanilla bean. However, it has a great mouthfeel that is chewy and oily. Some spice, but not very complex overall. The finish is fairly long but does not evolve. The addition of water merely softens the alcohol without opening up more flavors.

This is a perfectly drinkable whiskey, if not a bit sweet and one-dimensional. It makes a nice cocktail if treated correctly, and has the body to do so. Overall, I don't find it very exciting. I think this is a nice-tasting whiskey that lacks character. I still enjoy it by itself enough to recommend it with a dessert, and I'm sure the sweetness would balance a cigar rather well.