Editor’s Note: This whiskey was provided to us as a review sample by Horse Soldier Bourbon. This in no way, per our editorial policies, influenced the final outcome of this review. It should also be noted that by clicking the buy link towards the bottom of this review our site receives a small referral payment which helps to support, but not influence, our editorial and other costs.

“Where were you when…?” There are events and times in our lives that will always be placeholders in generational collective memory. Most of our parents and grandparents at some time have talked about where they were during the moon landing, when the Berlin wall came down, and many other defining moments. Following the 20th anniversary of 9/11, most people will have a story; who they were watching the news with, what else was going on in their lives. It brings other periphery details of the time into sharper focus as well, memories of the job you had or who you might have been dating. I personally was living in an apartment not 10 blocks from where Horse Soldier Bourbon calls home.

The Tampa Bay area of Florida is home to over 3 million people as of 2019.  Close to 60,000 of those individuals are employed by MacDill Air Force Base in either an active duty or civilian role, bringing an estimated economic impact of over 4 billion dollars. However massive an operation it may be, it tends to blend in with the everyday fabric of the greater community. You don’t tend to pay as close attention to cargo planes and F-16s flying overhead when it happens regularly. But reading about our whiskey du jour and it’s history brings those details back into focus and makes me feel like I’m right back in the subtropics with the parrots, alligators and Northeastern retirees.

Back in 2001, the Tampa Bay area of Florida was still making a name for itself. As a native of the area I’ve seen it transform from a sleepy little town to a bustling destination for arts, sports, and its growing food and drink culture. Most of this growth happens at such a creep that you barely notice the life springing up around you.

American Freedom Distillery, and Horse Soldier Bourbon, were created by six retired Special Forces Veterans from Tampa Bay, where they have a 16,000 square foot establishment. The bourbon itself is distilled and aged in Ohio, though, as Florida is a tad bit too warm to age bourbon properly. At a time of reflection on the last 20 years, it seems incredibly full circle to hear how this company is part of the fast-growing Florida city I call home, the story of the people behind the drink, and their contribution to the collective fabric of our shared past. 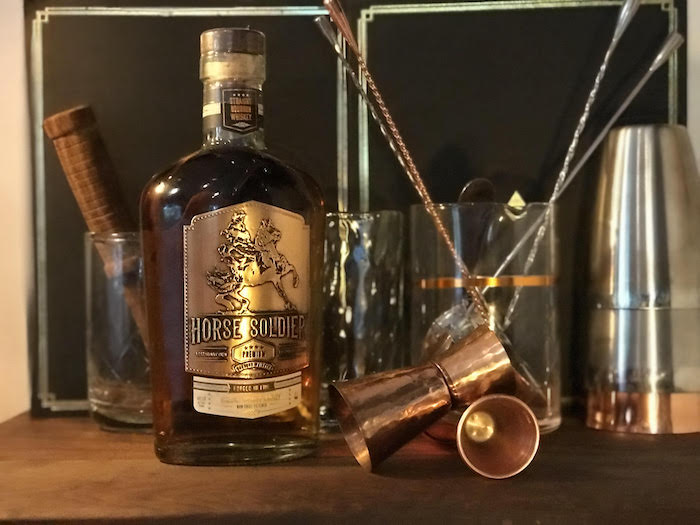 Appearance: Clear, with a copper to sepia hue, medium viscosity and well defined rivulets down the side of the tasting glass

Nose: A carnival of aromas reminiscent of an actual carnival. Cotton candy, buttered toffee and popcorn mix with a mild heat and medium intensity.

Palate: Surprisingly sweet, yet balanced at first. Pepper, vanilla, and cocoa butter flavors give you a soft fish with hints of baking spices.

This is a finely balanced, approachable, and sweet bourbon. I think this would be a good gateway bottle to transition from introductory bourbons to a more sophisticated level. I’m very much looking forward to a trip home to visit Urban Stillhouse and taste more.