We get to review a lot of Barrell Bourbon’s releases, and it’s always a treat when one of them lands on my “to be tasted” list. A popular non-distilling producer, Barrell has sourced its whiskies for the first four years of its operation, and by the end of 2017, will be distilling its own. Based on the generally favorable reviews here and elsewhere (Barrell Bourbon Batch 006 is still one of their all-time highs, in my opinion), we have high hopes for that production.

In the meantime, we get to enjoy the current fruits of their labors. I was lucky enough to try two of their recent releases: Barrell Whiskey Batch 4, and Barrell Bourbon Batch 11. Batch 4 is a blend of barrels of a Tennessee bourbon and an Indiana whiskey for this batch. The two whiskies were then, finished in either rum casks left over from Barrell Rum Batch 001 production, or rye barrels and then combined. Batch 11 is a blend based on six-year-old and older barrels of bourbon.

For those interested in expanding their palates beyond bourbon, Barrell’s Batch 001 rum has already won multiple awards, including Best Over Proof Rum and a Double Gold Medal, both at this year’s San Francisco World Spirits Competition. 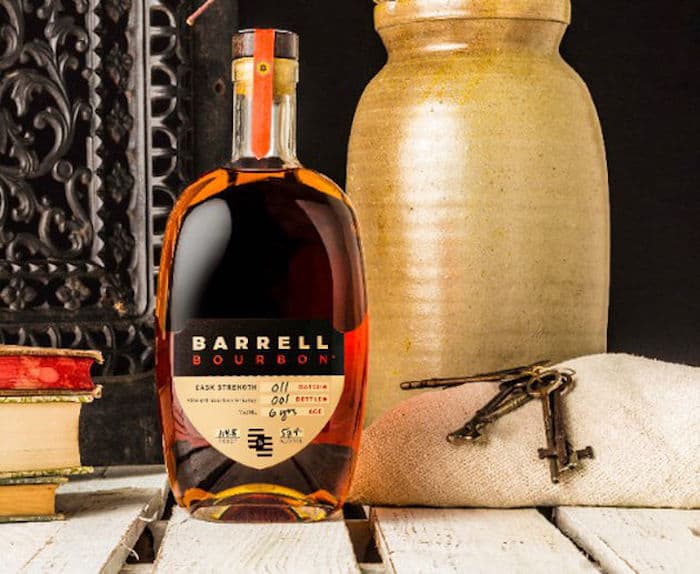 Palate: This is really, really nice! Good balance: A light bubbling of heat, honey, and bittersweet chocolate. It doesn’t leave much of an afterburn, either, despite the high proof. The more it sits and the more I taste, the more the rum quality comes out…but it’s not sticky sweet. A nice, round mouthful is the best way I’d describe this.

I adore this. It retains its innate whiskey quality while offering something more dimensional. Batch 004’s aging in rum barrels brings dimension and complexity: a shine, like expensive salon highlights versus boxed hair color.

Nose: Spring tree pollen, fresh-turned earth on a dry day, pecorino-parmesan cheese, with a bit of an “after-smell” of banana peel

Palate: Alcohol-forward, dry cinnamon, and finishes with a sharpened pencil quality (the smell and taste, not the injurious pointiness). A few drops of water or gentle melting ice opens it up a little. Some might like that, but I prefer my whiskey neat. I can tell this is a superior product and I respect its quality…but it doesn’t ring my bell.

This falls into the “I really want to like this, but it falls short, especially compared to what’s possible.” Sort of like when the person you really like turns out to have qualities you aren’t super-fond of, like snoring.