Picture a Wild West saloon. There’s a long wooden bar with a lugubrious, mustachioed barkeep behind the counter. Rough-and-tumble clientele sit silently around a rickety poker table, spurs jangling as they reach out to ante up. Horses snort outside. You walk in, plunk down a few coins, and give the bartender a nod. He returns it knowingly, reaches up to the highest shelf, and brings down a dusty, square-shouldered bottle of ice-cold pinot gris.

What? Oh, I meant whiskey. Whiskey’s played a role on the frontier for as long as there’s been one. Without it, well, it’s impossible to say, but the West may never have been won in the first place.

Distilling has been out West for a very long time, but Prohibition wiped most western distilleries off the map. The recovery today, however, seems to be well underway. As craft whiskeys start to come of age, I’ve been surprisingly impressed by many of the western whiskey producers, who seem to feel less encumbered by tradition than the heritage brands, at least for the time being.

It’s also in the West that enthusiasm for the American Single Malt category seems to be keenest, building on the early efforts from Anchor Distilling, Clear Creek, and St. George. This is malt whiskey liberated from Scotland yet still tuned in to tradition—only, in that distinctly American way, drawing from traditions as diverse as the bombast of Islay whisky, the finesse of Japanese malt, and the bottomless experimentation of American craft beer.

For a taste of the whiskeys of the West today, here are seven distilleries to know: 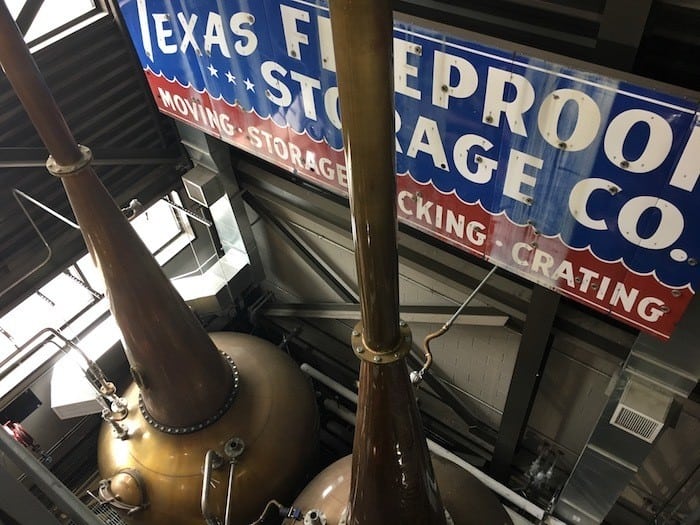 The stllls at Balcones (image copyright The Whiskey Wash)

While Texas may only debatably be part of the “West,” Balcones is certainly aligned with those traditional western values of individual freedom. Its award-winning whiskeys tend to be almost molasses-dark thanks to Texas’ hot, dry climate, with dense, oaky, smoldering flavors to match.

Stranahan’s was an early member of the second wave of craft distillers and one of the first serious American single malt whisky distilleries. It’s all they make, and they make it well—three standard expressions are supplemented by distillery-only releases that draw serious crowds.

House Spirits Distillery in Portland, Oregon, made its name with Aviation Gin, but after selling that label to Davos Brands, they’re all-in on Westward Whiskey. Inspired by craft brewing (founder Christian Krogstad’s first job in the drinks industry was a brewer), Westward is made from boiled wort fermented in closed containers, keeping the distillers beer crisp and clean.

Santa Fe takes advantage of New Mexico’s unique climate and terrain to create a uniquely Southwestern malt whiskey distilled from mesquite-smoked malt. It’s a worthy contender for the throne now held by peated Scotch, yet the smoke profile is clearly different, more like a sizzling barbecue than smoldering earth.

Seattle’s Westland might sit on the shores of the Pacific (well, if you count Puget Sound as part of the Pacific), but it looks to the other side of the Atlantic for inspiration. This is single malt very much in the Scottish style but speaking with a Northwest accent, especially when it comes to special releases. Look for Garryana, aged in west coast native Quercus garryana casks, and forthcoming releases making use of Hoquiam peat.

San Francisco’s always done things its own way, and whiskey is no exception. Hotaling & Co. (formerly Anchor Spirits) makes Old Potrero single malt, which is distilled from malted rye, not barley, in tribute to a historic style now mostly lost to the mists of time. It’s spicy and sweet, with a uniquely herbal component.