Editor’s Note: This article comes to us courtesy of Voice of America as a reprint of a public domain offering. Author credit goes to Dan Friedell.

Jim Beam, Jack Daniel and Johnnie Walker, all men’s names, have long been on bottles of whisky. But slowly, women are changing what is inside of the bottles.

It used to be, and still is for the most part, that those whiskies were made by men. They run the distilleries and sell the products.

Andrew Faulkner is with Distiller Magazine, part of the American Distilling Institute.

He believes that about 10 or 20 years ago, the number of women holding important positions in the distilling business was pretty close to zero. With the whisky boom, that has changed. 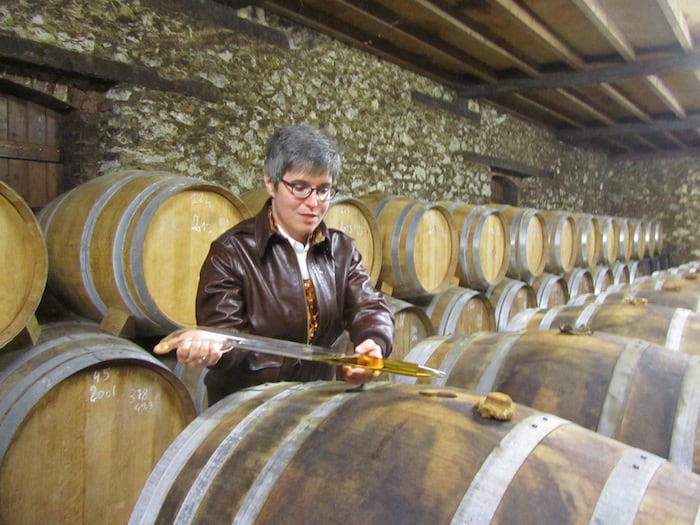 Joseph A. Magnus just received a “double gold medal” at a whisky-tasting event in San Francisco for its straight bourbon whisky. That means the judges decided it was one of the best whiskies they tasted at the event.

“I taste all the inventory, all the barrels. I know well in advance how we’re going to use the stock in order to blend it and I do in fact blend it. I create, formulate new blends, new products. So it’s keeping consistency, quality and I make really tasty whiskies.”

Jos. A. Magnus also makes a “Cigar Blend” whisky. It has the taste of apricot, smoke and leather. Fraley had the idea while she was smoking a cigar one evening.

Another well-known distillery with a woman in charge of making alcohol is Michter’s in the state of Kentucky.

Michter’s whiskies are some of the most expensive in the world. A version of their bourbon called “Celebration” costs over $5,000 a bottle.

Pamela Heilmann took over as master distiller in late 2016. Before coming to Michter’s, Heilmann worked at the Booker Noe Distillery to produce bourbon for Jim Beam.

Heilmann said she has received positive comments from bourbon fans since she earned the promotion.

Becky Harris is in charge of the distilling process for Catoctin Creek. The distillery is in a small Virginia town outside of Washington, D.C.

She and her husband, Scott, left their jobs to start their business in 2009. They make rye whisky and fruit brandy in an old automobile dealership on Purcellville’s main street.

Unlike bourbon, which is made from a mixture of corn, rye and barley, rye whisky is made exclusively from rye grain.

Harris worked as a chemical engineer before getting involved in whisky. In her past jobs, she made sure her company’s work was done efficiently and correctly. In her current job, she works to refine the whisky production process so the alcohol will taste good every time.

At whisky-tasting events, sometimes she meets people who are surprised that a woman is in charge of distilling the whisky.

“They usually don’t think I’m the chief distiller. It’s more typical that I would be the business side of the company, so people are usually surprised to find out I actually make the product.”

One of the Harris’ whiskies recently won an award too. A version of their rye whisky, aged in barrels that previously held wine, won a “double gold medal” at the same competition in San Francisco.

When Becky and Scott started the distillery, they were worried she might not have a good “nose.” But it turns out, she does. In distilling, someone with a good nose has a strong sense of taste and smell.

“My palate is good, that’s great. I mean, that wasn’t a guarantee when we got into this, but we kind of, you know, found that as we go through that I was fairly sensitive. I don’t know that I could keep up with Nancy [Fraley], but I do pretty well.”

Do women have better sense of taste and smell?

Since distilling has long been a job done by men, many of the well-regarded whisky judges are men. If they give something a good review, customers will go to the store and buy it.

Pamela Dalton is a researcher at the Monell Chemical Sciences Center in the city of Philadelphia. She studies the senses of taste and smell.

She said some women and girls are better able to learn and classify smells and tastes than men.

“It may be that little girls spend more time in the kitchen with their mother and they learn to smell things associated with, you know, food ingredients, cleaning products, who knows. There does seem to be an experiential component to this.”

One theory on why women have better “noses” than men, Dalton said, is that women need to protect their children. The senses of taste and smell can be important when either predators or spoiled food are nearby.

The research also supports the idea that as more women work in whisky production, the final product will taste better. That is because women may focus on flavors that are pleasing to both genders.

“Well, they could be different and they could be better for certain people. Maybe there are female-specific notes in whisky that are more pleasant or more petitive to women than to men.”

“I make something that tastes good to me. But I train my people, you know, to basically match the process that I’ve created… And at the end of the day, we’re just trying to make whisky that tastes good to us, and we hope that resonates with everyone else.”

“When I was growing up in the 1970s and 80s, I remember it was impolite for women, women did not drink whisky, at least in the South. Maybe on the sly you did that but it was just not ‘ladylike.’ I think now the doors have opened to women in whisky.”

Women also have more money available to spend on starting a business, and more opportunity in general, Fraley said.

When the Harris’s started their business in 2009, Becky Harris does not remember meeting any other women distillers.

“It really has gotten much more common since then, whether they be women founders, women owners, or women distillers, I think all of those things have become much more common.”