Whisky Is Made in More Places Than You Think

Typically, we think of whisky production as confined to a few countries, each with their own native style: Scotland, Ireland, Canada, and the United States. Japan has a shorter history with the spirit, but these days is well-established as a producer of quality whiskies. But as whisky grows in popularity around the world, distilleries are cropping up in more and more places—and some countries have a tradition of whisky drinking and production that dates back longer than you might think. Here are a few regions that might not be at the top of your list when you think of your favorite spirit:

It might come as a surprise that the world’s largest whisky consumer, by a wide margin, is India. But take a step back, and it makes sense: the subcontinent is a former British colony and, more to the point, it’s the world’s second-most populous country, with over a billion residents.

And Indians don’t just quench their thirst with imported booze. In fact, the world’s best-selling whisky, Officer’s Choice, is a blended scotch produced in India. Many other Indian “whiskies” are actually more like rum, since they’re made with molasses, but there are exceptions, notably Amrut, India’s first single-malt producer. Amrut started garnering publicity in 2010 when Jim Murray named it the third-best single malt in the world. More recently, Goa’s Paul John has gotten positive reviews for its single malts. 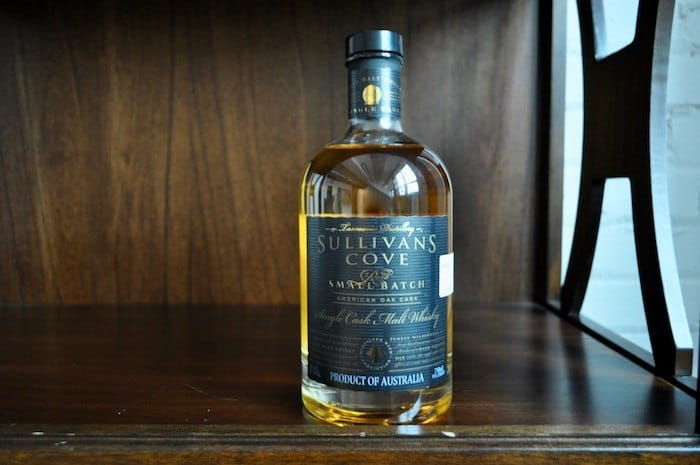 Our friends down under have a fairly long history with distilling, dating to the beginning of European colonization. Australia was once the world’s fourth-largest whiskey producer, but by the 1980s, commercial distilling had shut down. In 1992, a Tasmanian named Bill Lark looked around and realized the island, which produces both barley and peat, was an excellent site for malt whiskey production. Today Lark Distillery is just one of a handful of well-respected distilleries both in Tasmania and mainland Australia, including Limeburners and Hellyers Road.

New Zealand’s first modern legal distillery, Willowbank, opened in 1969, then shut down in 1997—but much of their stock stayed in storage, and the New Zealand Whiskey Company recently bought many of those barrels and has been releasing them a batch at a time.

For more on Aussie and Kiwi whiskey, check out this longer post we ran last year.

It may come as a surprise to learn that the world’s top consumer of Scotch per capita isn’t the U.K. or the U.S., but France. And the French are distillers, too. One of the earlier outposts of French whiskey is Warenghem, a 117-year-old fine Bretagne distillery that branched out into whisky in the late 80s. They released their first single malt, labeled Armorik, in 1998.

Another noteworthy Breton distillery is Glann ar Mor (“seaside” in the Breton language), which dates to 1999. They make peated and unpeated single malts, and have made a 100% rye whisky in the past, although it’s no longer available.

Japan isn’t the only East Asian nation with a whisky industry. Another major consumer of Scotch, Taiwan is home to Kavalan, a decade-old distillery that’s quickly gained a reputation as a high-volume producer of quality single malts. One reason for the distillery’s rapid rise is Taiwan’s subtropical climate. In that heat, whisky ages about twice as fast as it does in Scotland, as the distillery told The Whiskey Wash last year.

Kavalan isn’t the only game in town, either—there’s also a state-owned distillery, Nantou, that started making whisky in 2008.

While Finland and Denmark both have their share of whisky distilleries, Sweden is probably the best-established distilling nation in Scandinavia. It’s home to Mackmyra, a single malt-focused distillery that, dating to 1999, predates most American craft distilleries. Their whiskies have a distinctly local twist: their Svensk Rök is made exclusively with Swedish ingredients, including juniper-smoked malt.

Mackmyra is joined by Spirit of Hven, a which sells whisky, aquavit, and botanical liqueurs in distinctive erlenmeyer-shaped bottles. It’s located on the island of Hven, in the strait between Sweden and Denmark—which looks totally charming—and it’s also a hotel and resort. Not a bad arrangement in my book.