If you haven’t heard by now, whiskey drinkers are discovering rum. While we love a good wine cask Four Square or independently bottled Worthy Park as much as the next hogo-head, we’re just as excited about the possibilities of rum cask finished whiskey. Sometimes sweet, sometimes funky, and always interesting, here are six great examples of the magic that can happen when rum and whiskey meet. 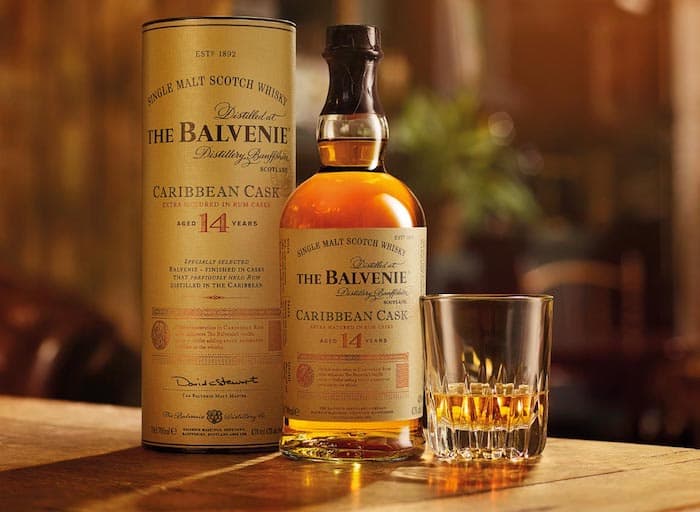 To make its Caribbean Cask, the good folks at Balvenie took 14-year-old whisky matured in traditional oak casks and finished it in casks that had been custom-filled with a blend of Caribbean rums selected by malt master David C. Stewart. The result is rich, sweet, and fruity, with plenty of vanilla and a touch of spice.

Barrell Craft Spirits flips the rum-finished whiskey genre on its head with this most unusual of offerings, a funky Jamaican rum finished in Islay whisky casks. It’s a big, bold, unusual combination of peat and esters that sounds weird, but somehow works.