Editor’s Note – This guest post comes to us courtesy of Alistair Moncrieff, Managing Partner at Whisky Investment Partners. This is not a paid advertisement.

Savvy investors know that generalisations are dangerous things to make when it comes to money and how it’s spent. But even so, it may still be surprising to find out that one of the monumental contributing factors pushing the growth in whisky investments is the participation of that most talked-about generational group –millennials.

“We’re often told that millennials are drinking less alcohol than previous generations. However, it seems that while this is true, those that do drink are switching from lager and wine to spirits such as whisky,” Alistair explains.

“This interest in whisky isn’t just for the taste, either. Whatever the traditional image of a whisky collector might be, the reality is trending younger.”

In a recent white paper, Whisky Investment Partners’ research found that 11% of its investors are aged between 25-34, and 17% between 35-44, and of its current customers, one in three are in the millennial age bracket. 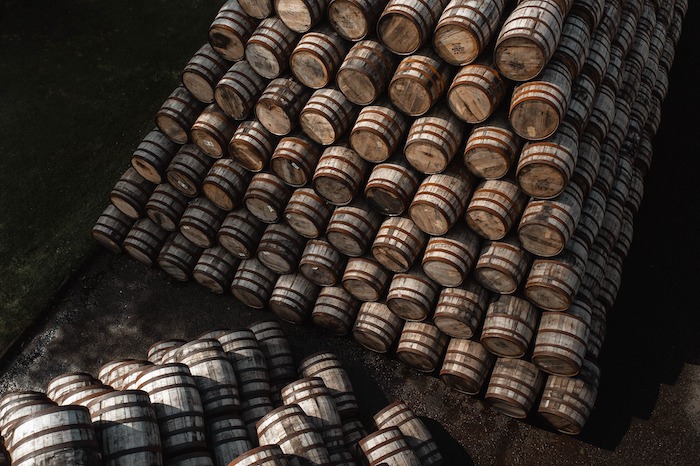 This evidences that millennials are opting to invest their funds in tangible assets, as opposed to traditional investment funds or stocks. It is believed this is because millennials are increasingly interested in investing in something they can do their own due diligence on and own outright, as opposed to giving control of their money to a traditional investment house.

At a Sotheby’s spirits sale in March 2020, 54% of bidders were under the age of 40, while data on visits to auction sites in general shows that the under-35s make up a larger percentage than those aged  50 to 64.

This is a sign that the demographics at auctions are shifting to millennials, and this has been seen across the board in the world of real estate investments too.

Millennials are bringing a more diverse investment crowd, like 32-year-old Jessica Anwar, a whisky aficionado and cask investor with a collection of more than 1,000 rare bottles from distilleries such as Brora, Lagavulin, Dalwhinnie and Port Ellen.

Millennial investors like Jessica trawl social media for news on limited edition releases as well as joining whisky clubs and visiting whisky bars to build up their knowledge.

Take 24-year-old Douglas Lau from Hong Kong, another renowned cask investor, who believes: “Whisky has started to become fashionable with my generation. People don’t see it as ‘boring’ anymore.”

Why are millennials investing in Whisky?

With older millennials now approaching their 40s, how they invest their money is going to be increasingly significant for the global markets. Research shows they are more likely to spend on alternative investments, rather than going down the traditional routes.

One survey found that 65% of millennials say that living through the recession made them more conservative with how they spend their money, making them less likely to risk money on the stock markets and more likely to consider investments in tangible things, like whisky.

As a generation that grew up in the shadow of the 2008 financial crisis and recession, and data shows that by growing up in the financial crisis, they saw first-hand how the most respected traditional investment houses and financial institutions crashed, losing life changing amounts of money. Which in turn, reduced their trust.

As a result, when millennials became of age to decide if to make investments, it appears they opted not to follow the traditional paths their parents did for fear of history repeating itself in terms of financial loss – so they have decided to invest in something they can control, own outright, and more importantly – understand.

Investing in assets millennials understand well, including assets such as simple memorabilia and collectors’ cards, trainers, watches, or in this case, whisky, means that if there was ever such a downturn in the market, at the very least, they can consume and enjoy what they have invested in themselves.

Moreover, a recent study found that 85% of millennials believe that they are old enough to be investors, with the average age of a millennial investor being just 28. As well as not wanting to take too many risks, millennials are also influenced by social factors, wanting to invest in ethical companies and sectors, which makes the traditional vintage image of Scotch whisky certainly appealing.

So, millennials have entered the whisky investment party and are seemingly here to stay. This can only be good news for all whisky investors as it increases the demand for the rare bottles and casks with a new, well-informed and affluent audience ready to spend big on the right collectors’ items.