As those in search of vintage pours already know, rare whiskey has grown in value by nearly 600 percent the past decade.

More consumers are looking to invest in fine and rare spirits, in a world where investors are already turning whiskey into dollars.

As an example, one collectible bottle of Colonel EH Taylor Warehouse C Tornado Surviving sold for $9,960. A set of 1st to 4th Release Karuizawa Cask Strength sold for $7,470. And a complete set of Macallan Edition Series sold for $3,984.

Acker is beefing up its roster of talent with third-party authenticators now located in the United States, Europe and Asia. And in April, Acker appointed Ethan Kelley director of spirits.

He recently visited with The Whiskey Wash about Acker’s auctions, spirits investing, and where the market is going. 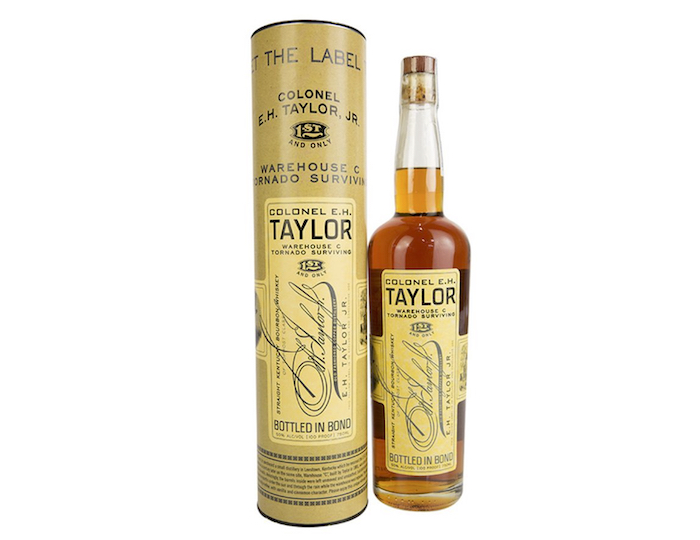 TWW: “What’s the gateway into spirits investing for the average whiskey connoisseur?”

Ethan: “The average collector typically starts as an enthusiast. Then they begin to acquire a few of their favorites and, before you know it, they are out searching small-town liquor store shelves and scrubbing the internet looking for the unicorns. Unicorns are the highly allocated, sought-after bottles. Once they have a few of those in hand, the snowball is already rolling downhill.”

TWW: Is there a particular spirit or expression that appreciates more than others?

Ethan: “Typically, special releases or distillery one-offs will carry more potential simply because they are not readily available; this also goes for regionally specific releases. As for categories that appreciate more robustly, here in the U.S. that’s bourbon right now, but single malts consistently perform well on the global stage. Investors shouldn’t disregard the maintained enthusiasm behind Japanese whiskies, which deliver substantial growth as a category and an investment.”

TWW: Is there a way, a la the stock market, to invest in spirits without physically collecting specimens?

Ethan: “With the feverish excitement in the spirits market right now, several new distilleries are opening. We have grown used to these small craft projects, but other multi-million-dollar ventures that aim to shake up the marketplace are arriving on the scene with force. Many of these ventures offer early buy-ins promoted as stakeholder’s clubs. These large-scale distilleries give investors early access to the rarest of whiskies from the distillery as soon as they become available. Investors can also explore cask investment, where the investor buys a whole barrel before bottling and keeps it to mature further. In some cases, this can be for sale as a bottling, or the cask can be sold as it gains value. It is important to note that, before you buy the cask, you’ll need to understand all additional costs including warehousing, labeling and bottling of your barrel should you so choose, the cost of exporting/importing your new-found bottles, and ultimately the taxes that come along with all of it.”

TWW: Where do antiquated shipping laws factor in with collecting and investing in this manner?

Ethan: “Investing in spirits in the U.S. via auction does present some challenges due to our laws that give states authority in governing spirits sales, and not all states have the same goals. Additionally, shipping costs are the responsibility of the winning bidder and must be acknowledged. It always pays to double-check with the auction house ahead of time to ensure safe passage of anything that you have won.”

TWW: How does the distilled spirits auction differ from the wine auction?

Ethan: “Spirits and wine drinkers have their differences for sure, but the auction stage seems to be the great equalizer. The only significant differences are that spirits auctions tend to be a rarer occurrence than wine auctions. This, combined with overall lot size and volume, means that a spirits auction may feature one-bottle lots versus a case or two in the wine world. In addition, wine auctions have been around long enough to hold traditions and expectations. On the other hand, spirits auctions are relatively new, with few established norms. As a result, spirits auctions can be filled with surprises, and it pays to check them out.”

TWW: Can you offer the three best investment tips for average whiskey collectors?

TWW: Why is now the best time to invest in distilled spirits?

Ethan: “Now is the best time because we see an increased demand in spirits outside of established categories like single malt Scotches. While those categories are here to stay, we know there’s growing excitement around new types of spirits, including international whiskies from Australia, India, and Taiwan, and Tequilas and Mezcals. Bottom line, there are spirits for everyone at every price. The floodgates are open and consumer enthusiasm will not wane anytime soon.

124
Shares
4.5k
Views
Share on FacebookShare on TwitterGet Our Newsletter
Get The Macallan® Rare Cask at ReserveBar. Shop now!