The changing of the seasons is one of my favorite times to refresh the liquor cabinet. Whiskey is a four-season beverage, but that doesn’t mean you want to be drinking the same thing in a blizzard as you do among the blossoms of spring. This year, here are five whiskeys I’ll be pouring as the sun comes back and the days get longer. 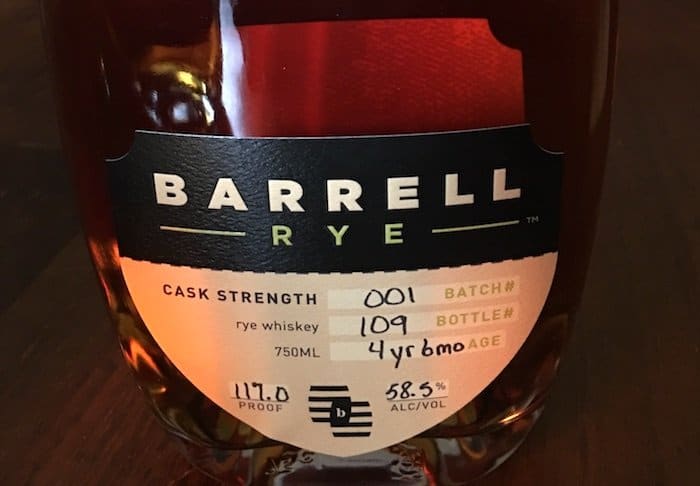 While Michter’s doesn’t tell us what exactly goes into its American whiskey, it does say it “utilizes bourbon-soaked barrels,” which sounds to me like used casks. The distillery is also clear to say it includes no neutral grain spirit. What we do know is that this mystery whiskey is very delicious, with an apple pie-like flavor that makes for easy sipping on those long, bright evenings.

One of the few remaining Lowland malts, Auchentoshan is triple distilled, making it lighter in body and flavor than more standard double-distilled Scottish single malt. This version is aged entirely ex-bourbon barrels and has a sweet flavor and low-key oak profile that makes it ideal for warm weather or, if you’re feeling celebratory, brunch cocktails.

Barrell’s first rye whiskey came out in late 2017, but it’s not too late to lay your hands on a bottle. At nearly 60%, this is no lightweight whiskey, but we all know that springtime can deliver dreary, rainy days that put the gloom of winter to shame. At my house, April showers bring out the bottle of cask-proof rye whiskey.

There’s just something about those four yellow roses that speaks to the season. Small Batch is easy to find, special enough to savor on its own, but not so rarified you cringe when you measure it out into a cocktail. I love how it spicy, cinnamon-like notes are always there, but never overdone.

Caol Ila malt is almost undoubtedly the most common Islay malt for blending, but it’s definitely worth drinking on its own. The 12-Year-Old is pungent and smoky, but also relatively light and dry, a combination that suits the gentle weather of springtime.

25
Shares
219
Views
Share on FacebookShare on TwitterGet Our Newsletter
Cheers to the Dads! Personalize a bottle of his favorite whiskey to create a modern gift for the modern man. Use code: FATHERSDAY20 for $20 off your next order of $100 or more at ReserveBar