Column: When It Comes To Whiskey, My Opinions Can Be ‘High Proof’

I’ve never counted the number of brands and types of spirits I taste each year, but between American whiskeys, Scotch, Irish, Canadian, rum, absinthe, brandy, cognac, Armagnac, gin, tequila, mezcal and more, 150 is surely a conservative estimate. When you do that for years, you learn what you like, don’t like, want to buy, wouldn’t buy—even with someone else’s money—or admire greatly but cannot afford on a writer’s income. Usually, I know immediately whether I like it. I’m pretty much past thinking, “I’ll give it another chance,” or “It might grow on me.”

Problem is my wife isn’t a fan of me sharing those opinions out loud. She’s a sweet woman who cares about what others think of their favorite pours. So, when someone asks my opinion on those, she hates if I say, “I like it OK, but it’s not my favorite.” To her, that’s at least dismissive, and at worst offensive.

Her private rebukes essentially go like this: “You come off like a jerk when you say that quickly.” Tenderhearted as she is, she’s also a trustworthy source. Like most humans, I have some rough edges that need smoothing, so I listen. 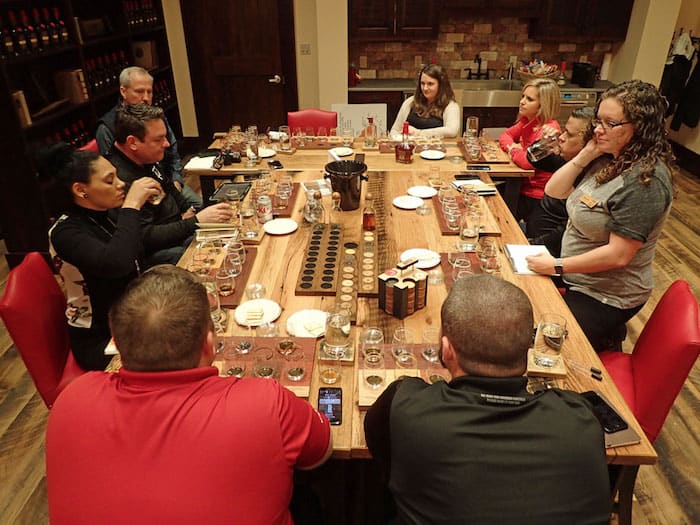 But usually my reply is a frustrated, “What would you prefer I say? ‘I like this, but … ’ or just lie and say, ‘Oh, this is great!’? Sorry, but I’m definitely not doing that.” Unfortunately, she offers no good alternatives.

What’s hard for her to accept is this is just how it goes in spirits writing. Most writers are confident that they know what’s good—partly because they’ve tasted a lot of what’s bad—and they can articulate it easily. I say to her, “It’s not our fault if someone is offended by a simple opinion. They ask, we answer. There’s always some risk in that.”

When I cooked in restaurants, everyone weighed in on the food with short comments like these:

All these comments were delivered without emotion and always in haste. Eleven years of that made me opinionated about everything I tasted, and, frankly, I like similarly opinionated people. When your goal is to please customers, you say what’s needed to get the job done.

As you might imagine, I found my people when I got involved with spirits groups. I loved hearing members’ blunt, quick opinions about what we were drinking. No bad or good feels implied, just statements about what’s in the glass, on the nose and on the palate. Like it, love it or lambast it and move along.

In June, members of a bourbon group I belong to gathered to hang out, share bottles and talk whiskey. Not only was it fun being around such passionate spirits lovers, it was comforting to hear many times, “Eh, it’s not my favorite.” That clear and concise phrase was about as mean as it got. No one called anything “a drain pour,” or said, “I’d not drink that with your mouth!” Each member brought whiskeys to share, and to the best of our brains’ and livers’ tolerance, all gave most of them a try. To groups like these, whiskey drinking is an adventure that’s always full of surprises. Drink what you like and ignore the rest.

Since then, I’ve decided to stick with, “It’s not my favorite,” because it works, and serious drinkers are cool with it. There are 7 billion unique people in this world, and everyone likes something different. Every whiskey won’t be liked by everybody. So, accept that fact and move along.

Here’s an idea! I’ll buffer, “It’s not my favorite” with some kinder words like, “… but I thanks for sharing it with me.” That’s honest and nice, right? Ultimately, it’s up to me to better read the room and speak accordingly, because I’d never want to lose a friend over a whiskey opinion. But then again, if I have any friends who are so easily wounded, maybe I’m better off without them.