It’s Friday. You’ve just finished work. You’re settling into your stool at a cool new bar downtown, waiting for your partner to meet you, and to pass the time, you’ve ordered a Manhattan.

Beautiful, crystal-clear ice cubes go into a shiny tin. Over them, the bartender pours the whiskey—Rittenhouse, a good choice—and then a bit of sweet vermouth. A couple of dashes of Angostura, bottle held carefully between the fingers like a cigar. Then that magical stir, where the hand barely moves, before the concoction is carefully strained into an icy glass, a tantalizing mist of condensation forming on its surface. Everything points to cocktail perfection. Then, just before placing it on the bar in front of you, the bartender reaches into a plastic box, fishes out a fire engine-red maraschino cherry, and plops it in the glass. Sigh.

Most Americans begin their familiarity with the mainstream maraschino cherry early, in the Shirley Temple (good ones came with two or – gasp – even three cherries embedded in that column of crushed ice). Then, we graduate to dive bar cocktails, where maraschinos adorn fluorescent whiskey sours or get pulverized into flecked fruit-salad old fashioneds.

But everybody grows up, and your cocktail cherry should too. Those nearly translucent maraschino cherries don’t taste like much, and they’re loaded with corn syrup, preservatives, artificial flavorings, and other stuff that your cocktail probably doesn’t need. Fortunately, there are alternatives—good ones. Neither of the options below are cheap, but they’re worth it, because your cocktail deserves a better cherry. 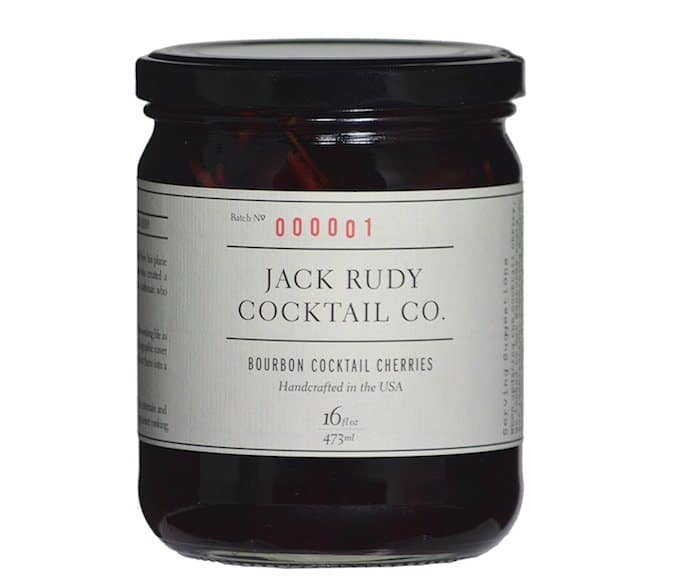 Maraschino cherries get their name from the marasca cherry, which grows around the Adriatic Sea in Italy, Croatia, Slovenia, and Bosnia It’s a sour cherry, with a small fruit and slightly bitter flavor that stands up well to preservation. Luxardo, a Croatian company that also makes distilled spirits, is a great source for real maraschino cherries. They’re darker, tarter, crisper, and much more flavorful than the standard well maraschino, although they’re similar enough to scratch that same itch when it strikes.

The Italian counterpart to the maraschino, amarena cocktail cherries are made by preserving wild, tart cherries in a syrup made from cherry juice and sugar. Toschi’s Amarenas are preserved without their stems (no more impressing your date with your tongue-tying abilities), but they make up for their relative nakedness with a depth of flavor that almost feels dried, as well as a satisfyingly candied texture. As a bonus, they come in a very stylish ceramic jar.

Want an American-made alternative? Reach for Jack Rudy’s Bourbon Cherries. These Oregon-grown cherries are preserved in a syrup made of cane sugar and Kentucky bourbon. They’ve got a satisfyingly meaty texture and classic cherry flavor without too much sweetness, and the bourbon gives them a boozy kick.