The liquor store of the future is called SmartAisle, and it’s here, and you can try it out—at least if you’re near one of five California BevMo locations piloting the new technology between now and the end of March.

SmartAisle – according to BevMo and the Mars Agency, a Detroit marketing agency that developed the technology – is a voice-activated, in-store shopping assistant that helps shoppers select whiskeys that fit their preferred taste profile and price range. The pilot version, which just launched at BevMo locations in Oakland, San Jose, Santa Clara, Mira Mesa, and Carmel Mountain, is a standalone display in the lobby featuring some 50 whiskeys. 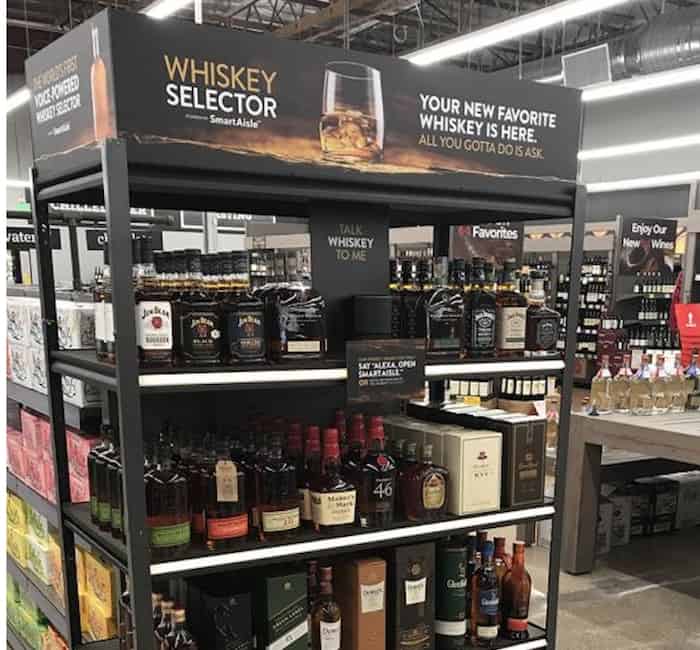 Smartaisle – the future of whiskey retail? (image via Mars Agency)

With the help of an Amazon Echo smart speaker, customers will be guided through a series of questions about their whiskey preferences. SmartAisle uses those preferences to narrow 50 choices down to three, reading out names and descriptions; shelf lights will then guide customers to the location of each bottle. Customers also have the option of asking about a specific bottle or brand in order to get a recommendation with a similar flavor profile.

“Voice is poised to surpass mobile as the preferred digital shopping interface within the next five years,” said Ethan Goodman, SVP of innovation at the Mars Agency, in a prepared statement. “Voice commerce is expected to grow from $2 billion today to $40 billion by 2022.”

In short, wherever you are, robot shopping assistants are probably on their way. If you want to give SmartAisle a spin, you can head to one of these five California BevMo locations: