A Famous Painting Of Whisky Sold For Over $1.2 Million Recently

The painting combines the former Prime Minister’s greatest pastimes: painting and the enjoyment of alcoholic beverages.

It was gifted by Churchill to Averell Harriman, and appeared at an auction for the first time in 1997. The pre-sale estimate of the painting was £150,000 – £250,000 — making its most recent sale nearly five times that estimate. 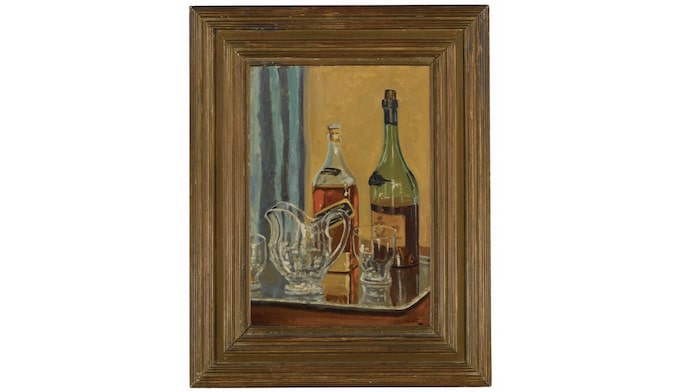 Churchill, it was noted, was known to be a Johnnie Walker scotch drinker, which is featured in this painting next to what viewers guess to be brandy. Next to them are glasses and jugs on a silver tray.

These objects call on what life was like at Chartwell, Churchill’s home in Kent, where he often brought in associates for lunches to discuss business, politics, and current affairs. Churchill gave this painting to Averell Harriman, a railroad heir who became involved in politics. He served as a special messenger to Europe during the 1940’s under Roosevelt when he had several meetings with Churchill. He was later appointed Ambassador to the Soviet Union in October 1943.

This painting was auctioned off at Sotheby’s online auction of Modern & Post-War British Art in mid-November. Of whisky and his love affair with it, it was noted by the auction house that “Churchill had his first taste of whisky whilst serving in India during the 1890s where he was posted in Nowshera waiting for action against Afghan tribesmen on the North West Frontier: ‘the water was not fit to drink. To make it palatable, we had to add whisky. By diligent effort, I learned to like it.’”