By now, the whiskey drinking public knows the pandemic has put a dent in the supply and demand chain regarding spirits in America. The thirst is strong. New distilleries open daily, and not just across the Bourbon Trail of the South, but all across the country.

And where there’s demand, supply is soon to follow. Now, whiskey distillers in the far reaches of the globe are ramping up production, and among the international throng is Starward, an up-and-coming distillery based in Australia. David Vitale founded the distillery in 2007 in his hometown of Melbourne. After working as business manager of a prominent Tasmanian distillery for several years, Vitale wanted to make an accessible whisky that was representative of Melbourne’s cosmopolitan character. His passion for food, wine and beer led to Starward’s original purpose of being an easy drinking whisky designed to pair well with food. 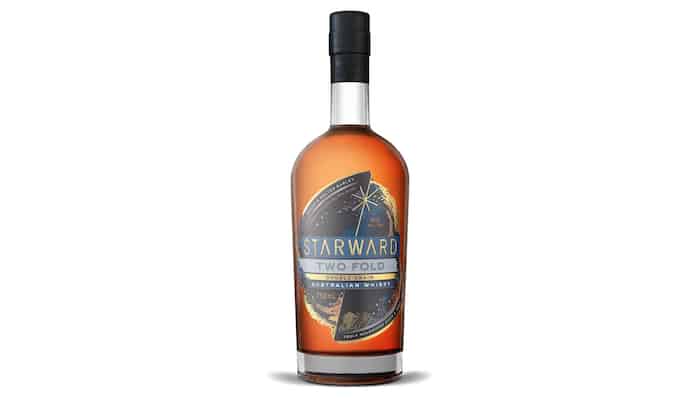 “Starward’s began with a simple vision … to make a distinctly Australian whisky we could offer the world with pride,” Vitale said. “I have long dreamed of being able to share our whisky in the U.S. It is a genuinely exciting time for the team as we take the next step on our Starward-bound journey.”

That journey started with their single-malt whisky Starward Nova, elementally matured for three “Melbourne years” in Australian red wine barrels. Vitale said they were “pushing the boundaries of what whisky can be.”

Starward’s core ethos, the founder explained, is built on the foundation of an approachable whisky fusing old and new. Old World being traditional product and stills. New world being maturation methods and attitude.

Similar to boutique distilleries in America, Starward sources the ingredients used to distill their product within a day’s drive from Melbourne. The red wine barrels that mature the whisky are built around a broad cross-section of Australian red wines, with the keystone being Barossa Shiraz barrels.

Starward uses a minimal intervention approach, which the distiller says leads to the most flavor getting into the whisky. This, thanks to a quick turnaround time between the barrels being emptied at the winery and arriving at Starward, means that the barrels retain much of their original character. And that is apparent in the flavor and texture of the whisky. Resting in those red wine barrels, in the wildly varied Melbourne weather, the single-malt whisky draws out its signature fruity flavor in just three years. Starward calls this elemental maturation, and that’s what makes it unique to Australia. And as they say, variety is the spice of life.

In addition to the Shiraz, Starward uses Cabernet Sauvignon and Pinot Noir barrels as well. This allows Starward to maximize the flavor of the wine permeated into the oak, lending to its vibrant, red ochre color to the juice in the bottle.

The rest of the world is catching on to this unique Australian spirit. Since its Australian debut in 2016, the Starward Nova single malt has received two gold medals at the 2016 San Francisco World Spirits Competition for both the “World’s Best Craft Distilled Whisky” and the “Best Australian Single Malt Whisky.”

Vitale said Starward’s Two-Fold was designed to be the “ideal tasting whisky.” The distiller used malted barley to give it depth. Wheat to provide an aromatic and dry note. And, in order to give it the full fruit and spice flavors, Two-Fold is matured in the signature red wine barrels.

“When I envisioned Two-Fold, I was inspired by Melbourne’s world class foodie scene,” Vitale said. “We’re obsessed with excellence in all types of food and drink without getting too serious or formal about it. I wanted to create a whisky for us to enjoy and celebrate alongside our world-class craft beers, wines and amazing food. We found that wheat and malted barley create the perfect backdrop for our red wine barrels to shine both as a neat and easy drinking whisky but also mixed, in a cocktail or at the barbie – we are Australian after all!”

Starward’s Two-Fold has won a World Whisky Award as Australia’s best blended whisky, and other accolades have come citing the spirit’s “seductive aromas.”