Kentucky’s Castle & Key Continues Its Epic Rise From The Rubble

When three partners announced plans to rehab and reopen the legendary Old Taylor Distillery Co. in Millville, Kentucky, they believed they could do it by late 2015.

Well, not the whole thing—the multibuilding campus is massive—rather a boutique distillery on the property that once was the most lavishly appointed whiskey distillery America had ever seen.

Turns out that even those modest aims were ambitious. The distillery, some said, was in post-apocalyptic condition, a mere shadow of its original grandeur. Opened by Col. E.H. Taylor in 1887 and operated by National Distillers from 1935 to 1975, The Old Taylor Distillery Company lay idle for four decades, and nature was reclaiming the site with a vengeance. Water maples were growing inside office buildings and flower gardens were so densely covered by overgrowth that reclamation crews didn’t discover their concrete sidewalks and fountains until bulldozers cleared the mini-jungle. A four-story rickhouse the length of two football fields was so heavily cloaked in vines that some visitors weren’t aware it was there. 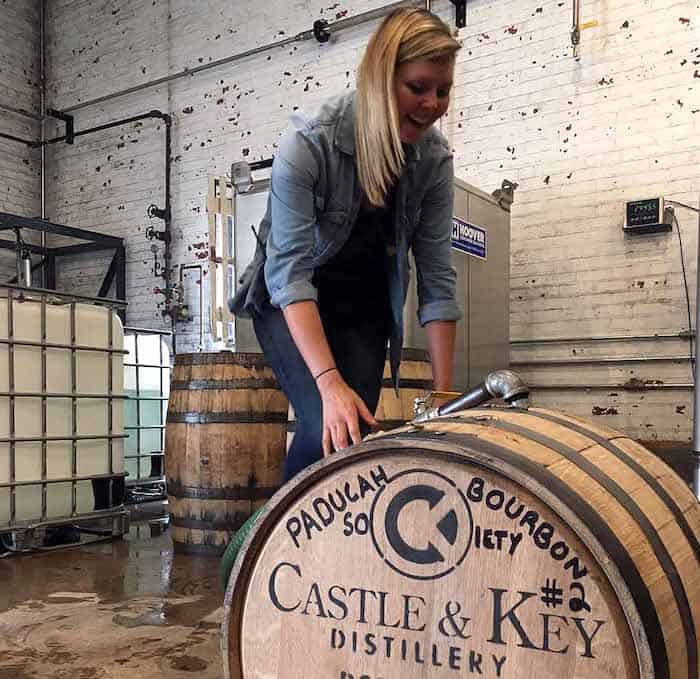 “Yes, 2015 was a little ambitious, wasn’t it?” said Marianne Barnes, with a laugh. The master distiller and partner at what is now named Castle & Key Distillery, knew she’d accepted a project of epic proportions we first talked with her a few years back about shortly after she left her master taster role at Brown-Forman to take the job. “But I also saw it as a really cool challenge. Not many people get a chance to be involved in something like this.”

As the reclamation began and more of Taylor’s masterpiece was revealed, the partners knew a small distillery just wouldn’t do. So they refocused on a larger, though not complete, restoration, and pushed the opening date back to 2016.

“I think we’ve stopped setting dates for now,” said Barnes, acknowledging the delays with a weary but admirable joviality. “Wes (Murray) and Will (Arvin) want to do this right. They see it as too special to not do it well.”

The partners won’t say what’s being spent to rehab Castle & Key, but it’s clearly in the millions of dollars. Much of that money, provided by Murray, a hedge fund manager, and Arvin, a former lawyer, has been poured into whiskey production, which began last November. The original Taylor still, a behemoth 72-inch diameter copper column, remains only for historic purposes . Two new stills—a 24-inch diameter column for whiskey, and a 17-inch stainless column for gin—are producing spirits at least four days a week. New fermenters were recently installed to boost production to seven days a week. 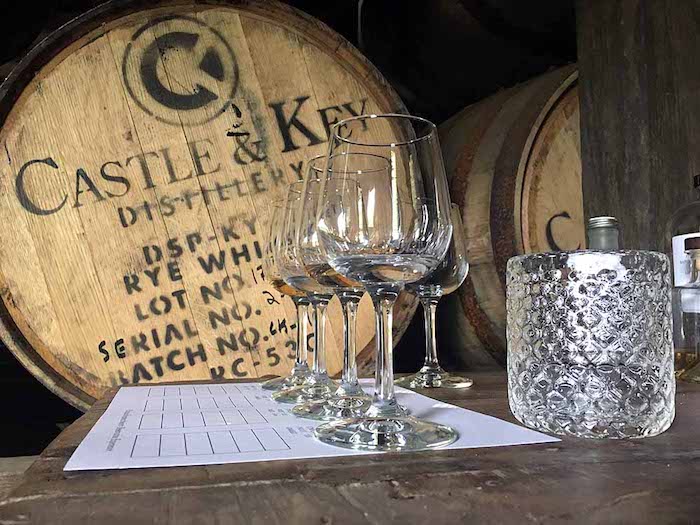 About 1,000 barrels of Castle & Key bourbon and rye are now aging alongside another 17,000 barrels from other distilleries lacking warehouse space. Workers here call that rickhouse the Man Eater, because it’s 548 feet long and has just a single entrance point at one end.

“I’m telling you, it’s a long way to go to that other end rolling a barrel,” said one rickhouse worker. “You’d think somebody would have thought ahead of time, ‘Maybe put in an entrance half way.’”

A second all-concrete warehouse is in use as well. In peak years, it housed 65,000 barrels, 25,000 more than fire inspectors now allow for older, all-wood rickhouses without sprinklers. Walking inside the gloomy expanse of the first floor evokes memories of the Poe classic, “The Cask of Amontillado.”

Nearby are buildings destined to become Castle & Key’s bottling plant (a modern site Barnes said will be used for contract bottling), and a private event space. All the site’s buildings are simultaneously beautiful and haunting.

Along with famed landscaper and garden designer Jon Carlofits, Barnes created what she’s named the Herb Ruins. The multi-rowed garden, which will supply botanicals for gin production, is lined with and within the neatly cracked remains of a former building.

Nearby is the restored Sunken Garden, another extravagance of the legendarily profligate Taylor, designed to resemble a garden he’d seen at Windsor Castle in England. And across campus is another Carloftis creation, a quarter-mile-long botanical trail designed to expand the visitor experience, Barnes said.

“Coming here is going to be a more curated experience, not just a distillery tour,” Barnes said. In addition to “real whiskey nerd tours,” Barnes said other customized tours will center on the site’s history, grounds and architecture. All of which were important to Taylor, who may have been the first distiller to create a true visitors’ attraction.

“We want to have our hosts trained to show guests the many different aspects around the site,” Barnes said. Adding that tour groups will be limited to 15 visitors, Barnes said, “We really want to make them highly personal.” 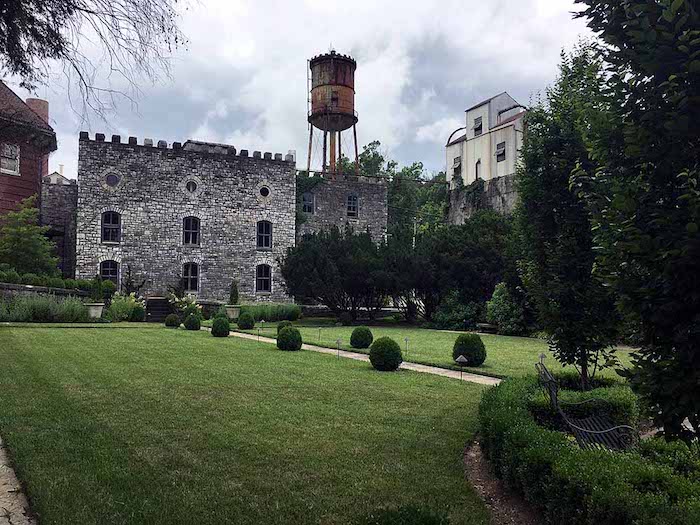 She admits it’s been nice to focus on spirits production and barreling without the normal distractions of sales and bottling and shipping, but she knows changes are coming soon. A sales force will hit the ground in September, and she’s already led barrelings for about 75 private customers who are buying on the come.

“It’s been great to make sure all the processes I’ve come up with in the lab translate to real life,” Barnes said. And while she’s just as excited drinkers are about tasting Castle & Key’s bourbon and rye sometime in 2021, she’s just as eager to see the look on guests’ faces when tours begin in 2018.

“They’ll see the reasons why we’ve taken three years to pursue an even grander vision,” she said. “There have been delays, but they’ve all been for the benefit of the first impression our guests will get.”