The Tomatin distillery, located in the Scotland’s Highland region, has four or so Scotch single malt whisky expressions in its travel retail portfolio, including a 40 year old that’s influenced by ex-Oloroso sherry casks. Going the other members of this range now is a new 21 year old.

The new Tomatin 21 Year Old, according to those behind it, is a straight forward single malt that’s been aged for over two decades in a first fill ex-bourbon casks. It is bottled at 46% ABV.

“Our Travel Retail range has won dozens of awards over the years,” said Graham Nicolson, Sales Director at Tomatin, in a prepared stamtent, “and I’m confident that the 21 Year Old will perform incredibly well across the globe. Between 2018/19, we experienced a massive growth of over 70%, and thanks to exciting releases like the 21 Year Old, we’re expecting continued growth in this sector in 2020. 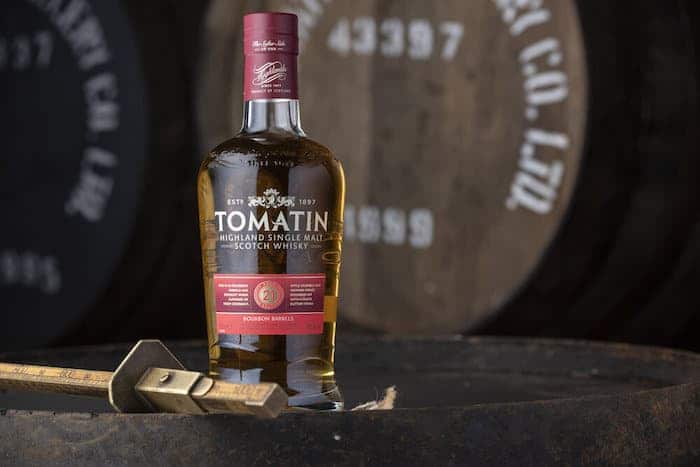 As it stands now plans call for the Tomatin 21 Year Old to be priced at €175, or around $190 USD, per 700 ml bottle. It will be available at selected airports across the globe, including Amsterdam, Istanbul and Sydney. You’ll find some limited tasting notes below.

On the nose, expect subtle aromas of soft topical fruits complemented by warm flavours of freshly baked croissant giving way to notes of apple and sweet honey on the palate before transitioning to a final, buttery finish.