Kings County Distillery, located in New York City, has been around for a decade, having been founded in 2010. As it celebrates its 10th year, it has launched the first in a series of “rare and superlative single barrel whiskeys,” taking the form of a seven year old single barrel bourbon.

The new Kings County Distillery 7 Year Single Barrel Bourbon, according to those behind it, is believed by the distillery to potentially be “the oldest age-statement bourbon distilled outside of traditional bourbon country and the oldest age-stated pot-distilled bourbon.” It was distilled in July 2013 and recently bottled at 107 proof, with the barrel it rested in seeing a 34% angel’s share. 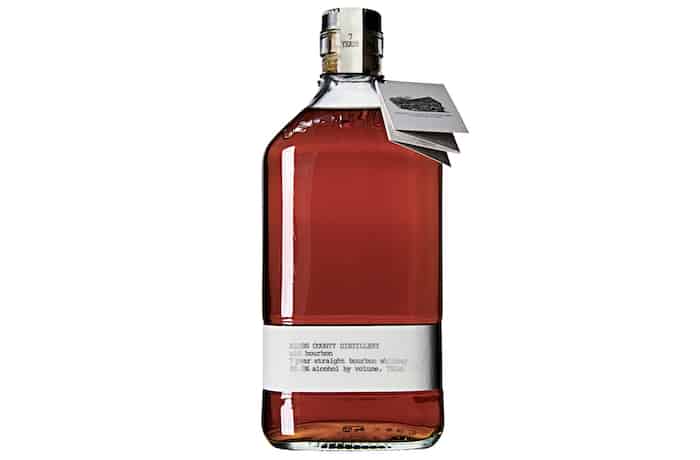 “Less than a handful of legitimate distillers outside of Kentucky have released an age stated whiskey of 7+ years,” said Kings County distiller and co-founder, Colin Spoelman, in a prepared statement. “This coincides with a watershed moment for craft distillers. We’ve always known our whiskey compared well to whiskey in its peer age group, but we never had whiskey aged comparably to some of the best American whiskey until now.

“While we are still holding barrels for even longer aged whiskeys, we feel these older barrels mark another stage of maturity in our evolution as one of the most determined, creative, and uncompromising distillers in the country.”

This bourbon, complete with silver foil on the label and a wooden box it is stored in, is for sale directly through the distillery for around $149 per 750 ml bottle. Very limited official tasting notes suggest that “barrel forward and full of dry spice and notes of powdered cinnamon, clove, tootsie roll, toffee, and peanut brittle, this is the most traditional-flavored bourbon from Kings County yet.”