Booker’s Bourbon, the uncut and unfiltered high octane bourbon line from Beam Suntory, has a long history of themed releases. Usually these are tied to some nostalgic aspect of Booker Noe, onetime master distiller at Beam in Kentucky. Not so this latest offering though, known as Kathleen’s Batch, which was created to honor a long time Beam employee who worked alongside Noe to build out the bourbon distillery’s product line.

Booker’s Batch 2018-01 “Kathleen’s Batch,” according to those behind it, is named in honor of Kathleen DiBenedetto, who “started her career with Jim Beam Brands Co. in 1991. She was the brand manager during the launch of the Small Batch Bourbon Collection, introducing the world to brands including Knob Creek Bourbon, Basil Hayden’s Bourbon, Baker’s Bourbon, and Booker’s Bourbon. Under Booker Noe’s watchful eye, Kathleen embarked on a unique apprenticeship in Clermont, Ky., learning nearly every job at the distillery so she could fully understand the ins and outs of crafting bourbon, the Beam way. Every night, Booker and Kathleen would sit at his kitchen table, where he would quiz her on what she had learned that day so she could speak to what made each bourbon brand so special.” 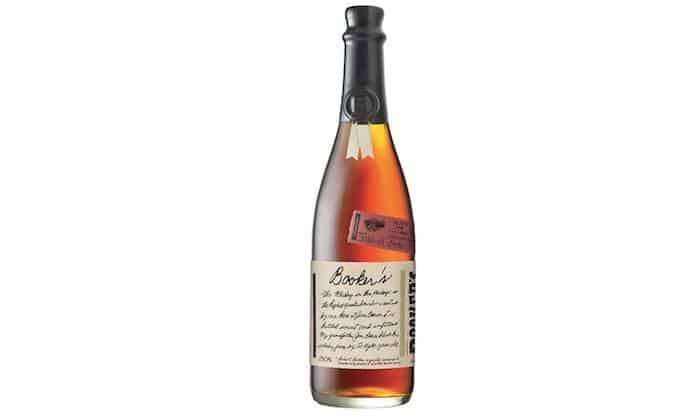 DiBenedetto, who still works for Beam in a senior director position, was inducted into the Kentucky Bourbon Hall of Fame a few years back. She had a direct hand in picking out this latest Booker’s batch, alongside current Beam master distiller Fred Noe and the Booker’s Bourbon Roundtable, a rotating group of whiskey experts, enthusiasts and writers.

“I’m humbled to have a batch of Booker’s named in my honor and to celebrate the many years that Booker and I worked together,” said DiBenedetto in a prepared statement. “He was my mentor and teacher – a challenging one at that – and over time, he became like family to me. Booker cared so deeply about his namesake brand, and I’m thrilled to have had the opportunity to gather with the Booker’s Roundtable to select this special liquid and share a few of my favorite memories with them.”

As for the specifics of the bourbon, it clocks in at 127.4 proof and is a little over six years old. It prices at $70 or so a bottle, and very limited official tasting notes suggest a “a nose with notes of caramel, vanilla, leather and floral honey. The finish is well-balanced with flavors of toasted oak and caramel for a rich, strong and sweet finish.”