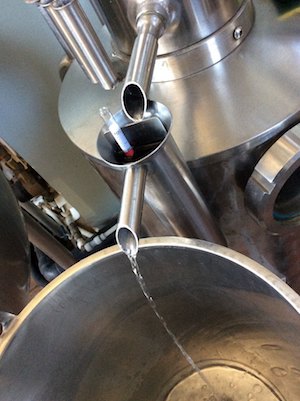 Most people know that distillers make heads and tails cuts when they’re making whiskey, which separates the good parts of the spirit from the poisonous and/or unappealingly flavored portions. But have you ever wondered what distillers actually do with the unused heads and tails?

First, know that there’s no single, agreed-upon moment to make heads and tails cuts. Distillers make cuts differently depending on their equipment and the style of whiskey they’re making.

A whiskey that’s intended to be bottled and consumed relatively young, like American craft whiskey, might benefit from tighter heads and tails cuts to produce a very clean-tasting distillate. A whisky intended for long aging, however, like a Scotch, might benefit from a looser set of cuts, because long oak maturation can transform the heavy, funky flavors in tails into richness, complexity, and a satisfying mouth feel.

There is one style of distilling where traditional cuts aren’t used: column still distillation, which are the stills used to make bourbon and some Canadian whiskies. Column stills, which can be operated continuously, have a continuous takeoff process that sections heads, hearts, and tails simultaneously.

Ultimately, though, most distillers are left with some portion of volatile, methanol-containing heads, and funky, vegetal-tasting tails. Some distilleries discard the whiskey heads and tails but many municipalities require onsite remediation before dumping them down the drain.

Many other distilleries recycle the whiskey heads and tails by adding them to the next batch of fermenting mash. In addition to funky, solventy stuff we don’t want to drink, there’s plenty of desirable ethanol mixed into the heads and tails, so re-distilling them allows distilleries to maximize yield. Some distillers also find this improves the flavor of the final product, particularly if the tails are recycled (a common practice at Scotch distilleries).

But distilleries that don’t want to recycle their heads aren’t out of options altogether. I’ve seen craft distilleries fill spray bottles with heads to use as a sanitizer, burn heads in their tasting room for heat, or even use heads to (carefully!) flame weed their gardens.