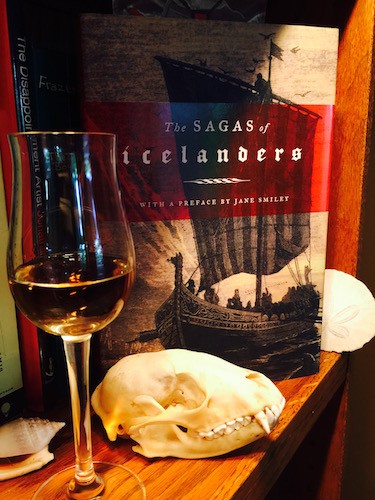 As a man with Viking blood running through his veins, Highland Park whisky has a special place in my heart. The broth evokes images of fire & ice: a roaring still perched along some desolate stretch of coastline with icicles lapping at the window panes.

Magnus Eunson, a descendent of Norsemen, first fired up his whisky still in 1798. The man had been a butcher by trade before he turned to smuggling, and finally the creation of fire water.

Highland Park has the distinction of being the northern-most distillery in Scotland. It is located in the town of Kirkwall, which is the capital city of the Orkney Islands with a whopping population of 9,292 souls. Due to their northernmost location in Scotland, the Orkneys play home to all things Viking—from magickal stone monuments to burial mounds to museums filled with swords, axes, and armor from the ancient of days.

Perhaps that is the reason why Highland Park distillery tends to play up its Scandinavian heritage with all sorts of releases featuring the names of gods, warriors, and kings that once ruled this rocky fingertip of Scotland.

A few years ago, I plunked down my hard earned cash for a bottle of Loki. This special release from Highland Park is now fairly hard to find. My antique-looking brown bottle has long since run dry, and hence been retired from its place in my liquor cabinet. But the oak frame in which it had originally been packaged gave me an idea. I liked the ancient Nordic design so much that I made a display out of both “relics” for my living room (see picture below).

Recently, I tasted the Glenfarclas 40 Year Old  for The Whisky Wash, and wrote up my tasting notes (soon to be posted in a review). I must confess that I also took a wee nip of the Highland Park 30 Year Old, the focus of this review, on the same day. Both are so good that it would be hard to say which is “better.” 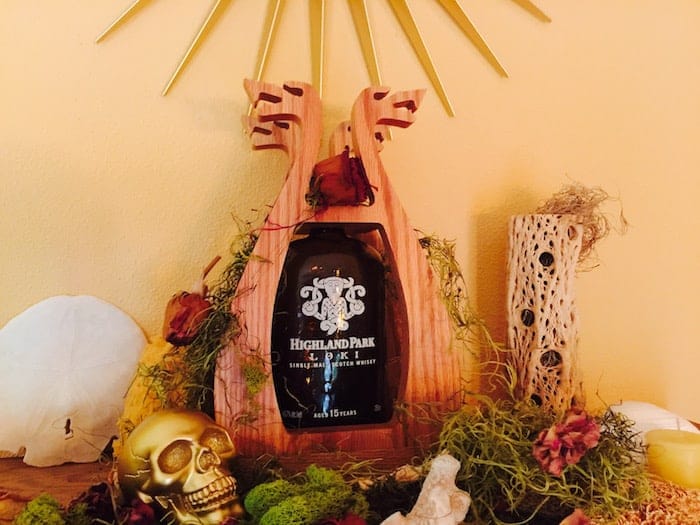 Palate: Initial presence of oak rises into a crescendo of milk chocolate, honeysuckle, and campfire-toasted marshmallow. Waves of sweet scintillations radiate from the center of the mouth outwards, along with hints of oak. Ultimately, these glowing scintillations of flavor come to rest gently on the tip of the tongue.

Expect a surprisingly long finish given the whisky’s delicate silky-smooth mouth feel. At the death, one is left with hints of oak, as well as marshmallow nougat.

When compared with past offerings of Highland Park’s “Dirty Thirty,” which could be rough around the edges, this latest release is soothing, comforting, and far less risque. Depending upon one’s mood, refinement and polish are sometimes preferable. For instance, those well-heeled aficionados who favor a venerable old Macallan would do well to try Highland Park 30-Year-Old. I find myself enchanted by this single malt to the point of craving the next sip.

Yes, it’s true: a few percentage points have been lost in the ABV when compared with older offerings. At 45.7%, the whisky is far from “challenging.” But it is magnificent none the less. Bitter oak and peatiness of years past have been replaced by a spirit that wraps its gossamer wings around one’s senses in a holistic way.

And, of course, it goes without saying that a few drops of water are not really necessary to appreciate the full richness of Highland Park 30 Year Old. When I did add water, the length of the finish decreased even as more woodiness emerged, along with the faintest hint of leather.