Ah, smoothness. It’s one of the most commonly used—and loosely understood—words in the whiskey lexicon. Everybody’s tasted a whiskey they’d describe as “smooth” at some point, but what exactly does that mean? Mellow? Gentle? Mild? Light? Sweet? Lacking an alcoholic burn?

Smoothness is a tough quality to pin down, a little bit like how Justice Stewart attempted to describe what makes a film pornographic in 1964: “I shall not today attempt further to define the kinds of material I understand to be embraced within that shorthand description, and perhaps I could never succeed in intelligibly doing so. But I know it when I see it.” And whiskey drinkers, it seems, know it when they taste it.

While most aficionados quickly move beyond “smooth” as a useful descriptor (there’s more to whiskey, after all, than getting it down with minimum effort), it’s still a term that gets bandied about even in industry circles, which may lead one to wonder: What makes some whiskeys “smooth” while others are lively, bold, intense, or rough-and-tumble?

Light, smooth, or delicate attributes can come from a number of different sources. First, a sweet, soft flavor could partially be a result of the grain chosen for distillation. Wheat, for instance, tends to produce spirits with a certain soft, sweet quality, the whiskey equivalent of a hefeweizen or wheat beer. Even in relatively small doses (i.e. Pappy van Winkle, Weller) it’s known for adding a gentle touch. 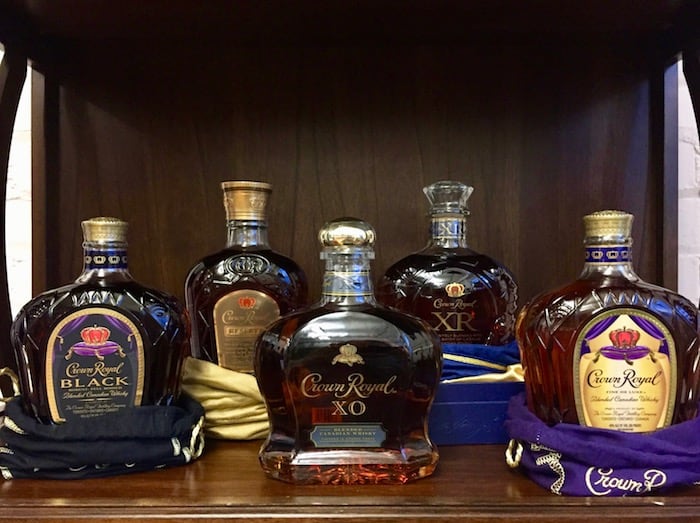 Crown Royal is famous for its smooth flavor and mouthfeel.

Another way spirits can become “smooth” is from blending. In many cases, the goal of blending is to produce a spirit that is exceptionally balanced, so the first sips evoke harmoniousness rather than a head-spin. Some whiskey-producing nations, including Canada and the United States, allow the addition of flavorings, sweeteners, and blending agents in at least some of their whiskey categories, which can also enhance the roundness of the mouth feel and reduces the perception of alcoholic burn. Of course, bottling whiskey at 80 proof, or 40% alcohol, can also underscore that feeling of smoothness and lightness.

Lightness can also be achieved by distilling to a high proof. The higher the proof the whiskey reaches during its final distillation, the more mildly flavored it will be. It makes sense—more ethanol in the solution means less room for congeners, those flavor-containing compounds that mean the difference between whiskey and vodka. This is why bourbon is required to be distilled to no more than 160 proof, and many distillers distill to an even lower proof. It’s also why many Scottish grain whiskies, which can be distilled to up to 194.8 proof, just 0.2 proof shy of legal vodka, are famously light in flavor.

Yet anybody who’s ever tasted acrid bottom-shelf vodka knows that high distillation proof alone is not necessarily enough to reach smoothness. Maturation and filtration also play an important role. Filtering spirit through charcoal or another type of filter can give it a gentler feel on the tongue by removing impurities, large molecules, and heavier oils. In the world of whiskey, maturation in an oak cask (which itself can act as a kind of charcoal filter) also helps enhance characteristics that might be referred to as smooth. In general, the longer the whiskey spends in the cask, the smoother it will be, but there’s an important caveat to that. Oak is highly tannic, which means too much time in the barrel (especially a new barrel) can leave a whiskey tasting cottony and astringent—almost certainly the opposite of smooth, no matter how you define it.