Which Country Drinks the Most Whiskey?

If you had to guess, you might think the U.S. or the U.K., two fairly populous countries with native whiskey-making traditions, were the biggest whiskey consumers worldwide. You’d be wrong.

It might come as a surprise that the country that drinks the most total whiskey, by a vast margin, is India. As of 2015, the south Asian nation consumes almost 1,600,000,000 liters of whiskey each year, or nearly half the world’s supply. Of course, as we’ve noted in the past, a lot of the “whiskey” made and sold in India is made with molasses, so it would be more accurate to describe it as rum. 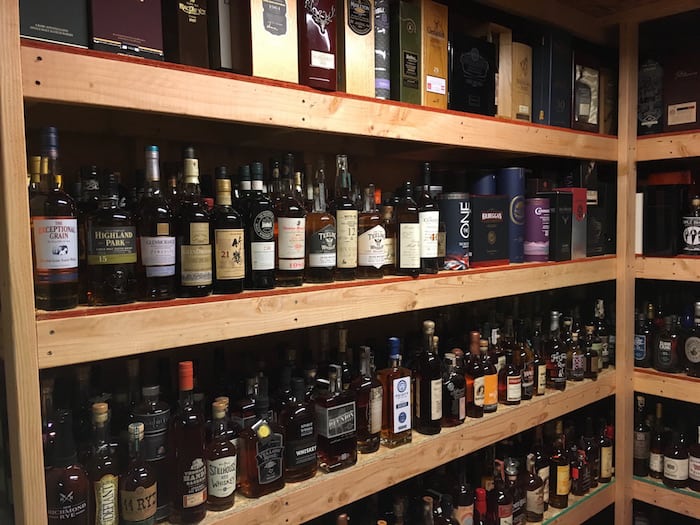 There’s a lot of whiskey for us to drink these days, and the world knows it. (image copyright The Whiskey Wash)

On the other hand, since India is also the world’s second-most populous nation, with over a billion inhabitants, Indians are hardly the most prodigious whiskey drinkers on a per capita basis. That honor goes to the French, who drink more than two liters per person per year. Americans, in third place, drink about a liter and a half per year by that measure, and weirdly, Uruguay slides into second at around 1.8 liters.

In terms of share of the local spirits market, Angola is by far the whiskey-drinkingest nation—whiskey accounts for around 90% of all spirits sold there. In India and the United Arab Emirates, that figure is just over 50%.

What about specific types of whiskey? The French are the heaviest Scotch drinkers, buying around 180 million bottles of the stuff annually, or around three bottles a year for every Gallic man, woman, and child. The United States isn’t too far behind, at 120 million bottles a year. Americans do, however, drink the lion’s share of American-made whiskey, or roughly 230 million liters each year. However, in per capita terms, the Aussies just beat us out, drinking .661 liters of bourbon and other American whiskey for every .653 we drink.