Changing of the Editorial Guard at Venerable Whiskey Magazines

Times are changing in the print world of whiskey, as dual announcements from two of the largest magazines in the vertical we also cover reflect new editors taking the helm. This comes at a time when the world of whiskey in general is seeing great growth and expansion across all styles, price points, and categories.

The first of the changes, which will be more notable to American whiskey readers, comes over at Whisky Advocate. There, founding editor and publisher John Hansell is retiring at the end of this month. He will be handing the reins of his baby, formerly known as Malt Advocate, over to Marvin R. Shanken, chairman of M. Shanken Communications, who acquired the magazine in 2010. 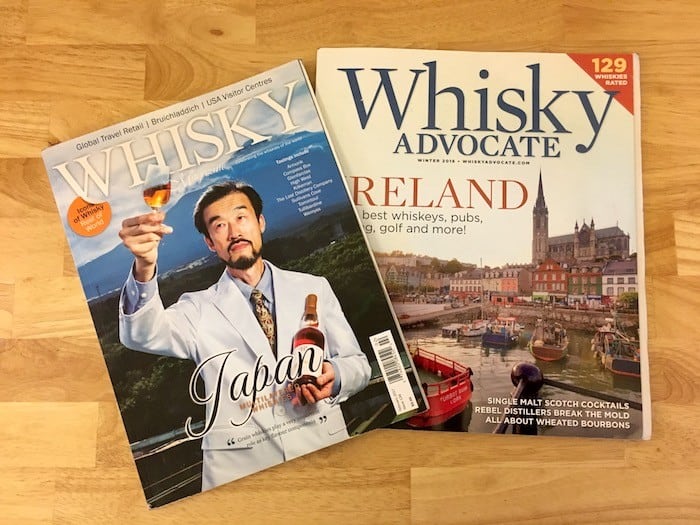 Shanken, much like he has done with his other publications Wine Spectator and Cigar Aficionado, is taking much more direct control of what will go on in between the covers of Advocate. While specific plans weren’t revealed, Shanken did say in an interview with Shanken News Daily, which he also owns, that he will develop it into “a lifestyle magazine rooted around spirits in general and whisky in particular. That will mean more fine-tuning of the editorial content.”

Plans apparently also call for the launch of a new website associated with the brand as well as the use of “a variety of social media tools.”

Meanwhile, over at Whisky Magazine in the United Kingdom, it was announced recently that Rob Allanson, formerly Global Ambassador at William Grant & Sons, had been made its new Editor and Global Brand Ambassador. Allanson has a pretty established career as a spirits writer, including writing for Scotland Magazine and previously for the publication he returns to.

In addition, given his recent role at William Grant, he brings to his new job “enhanced industry knowledge and expertise in all aspects of the production and blending process.”