The last several weeks having seemingly been big news headlines for the release of super old whisky. We’ve seen this so far with the announcements of a 71 year old Macallan and an 80 year old Glenlivet (this one from independent bottler Gordon & MacPhail). Now from Japan comes word of the global debut of a Yamazaki 55 Year Old.

The Yamazaki 55 Year first surfaced in Japan back in January, 2020, and later on that year a single bottle of it sold for around $795,000 at auction. What’s coming to market now takes this old Japanese whisky out of its motherland and puts it on the world stage, with just 100 bottles hitting in regions including the United States, the United Kingdom, Mainland China and Taiwan later this month. 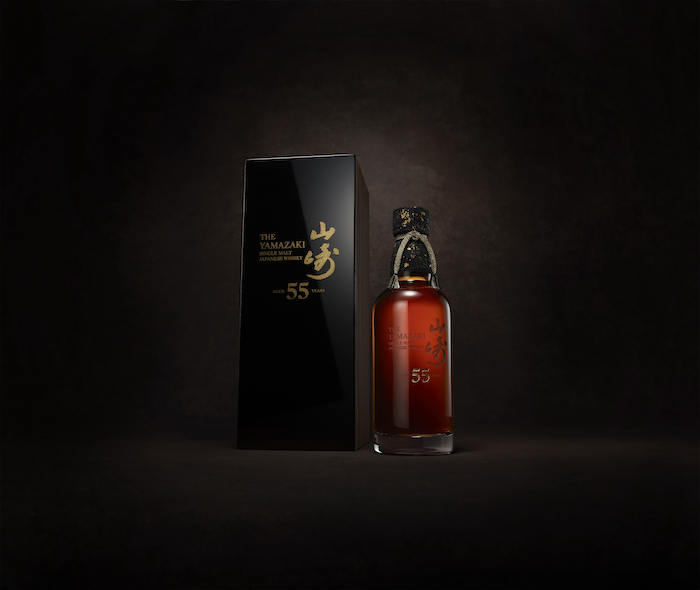 For those unfamiliar with this expression that was bottled in 2020, it is said by the brand that “Yamazaki 55 is a blend of precious single malts featuring components distilled in 1960 under the supervision of Suntory’s founder Shinjiro Torii and then aged in Mizunara casks; and in 1964 under Suntory’s Second Master Blender Keizo Saji and then aged in White Oak casks. Suntory’s Fifth-Generation Chief Blender Shinji Fukuyo worked closely with Third-Generation Master Blender Shingo Torii in deploying their signature art of blending to properly reveal the exceptional depth, complexity and wisdom that is Yamazaki 55.”

“Throughout the process of blending Yamazaki 55, I used as inspiration the passage of time and ‘Wabi-sabi’ – the Japanese belief that imperfections can help to ultimately contribute to perfection,” said Fukuyo in a prepared statement. “While I often view other extra aged whiskies as art, I consider Yamazaki 55 to be more like a Buddhist statue: calm and mysterious, requiring time to truly enjoy the inner beauty.”

Yamazaki 55, as high end expressions like this go with packaging, “is presented in a crystal bottle with the word ‘Yamazaki’ carefully engraved in calligraphy using the technique of sandblasting and featuring real gold dust and lacquer on the age marking. The bottle’s opening is wrapped in handmade Echizen washi paper and bound with a Kyo-kumihimo plaited cord, a traditional craft from Kyoto. Each bottle is delivered in a bespoke box made from native Japanese Mizunara wood and coated with Suruga lacquer.”