The Whiskymaker’s Editions – Mosaic is a new single malt whisky from The Lakes Distillery in England that takes its inspiration from the Silk Road.

Just released, this lighter style of sherry-finished is described by the Lakes Distillery as “where East meets West.”

The Silk Road was an ancient intercontinental avenue of East-West trade and cultural exchange, and was the inspiration for the new single malt, Mosaic, which features a mellow, rustic style and cosmopolitan influences. 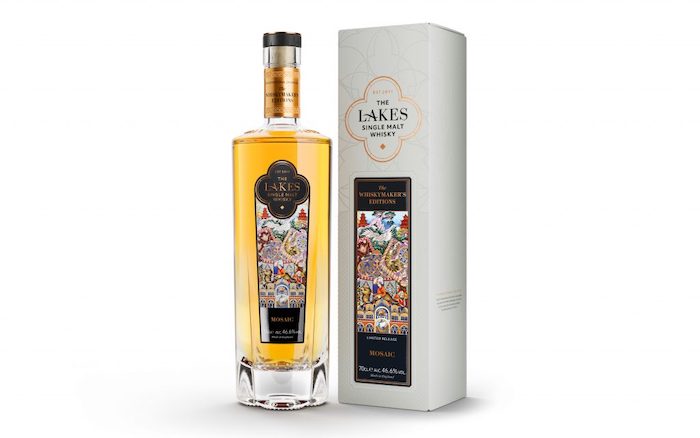 The Whiskymaker’s Editions – Mosaic (image via The Lakes Distillery)

Non-chill filtered and bottled in its natural color, The Whiskymaker’s Editions – Mosaic clocks in at 46.6% ABV and has a suggested retail price of £80.

It will be available in bars, restaurants, and hotels throughout the UK, as well as for sale on the Lakes Distillery website, at the on-site distillery store near Setmurthy in the UK, and at select independent specialist whisky and spirits retailers nationwide in the UK.