The Kavalan distillery in Taiwan has been making a name for itself in recent years. Opened in 2005, the whisky there is aged in what’s described as “intense humidity and heat” given the region’s typically tropical climate. The distillery team has collected some more than 360 gold awards or higher from the industry’s most competitive contests,  and its new releases are usually highly coveted. Its first new 2019 launch is an expression that’s been finished in ex-sherry casks.

The new Kavalan Concertmaster Sherry Finish, according to those behind it, underwent a two-part aging process. The first round of long maturation happened in the distillery’s American oak refill casks, followed by a second part maturation involving finishing in ex-sherry seasoned American oak casks. It is the second offering from Kavalan’s Concertmaster series, with the first in the range being a Portuguese ruby port cask finish.

“Just like our first Concertmaster, the finishing in Sherry casks mellows out the flavours, adds depth and multiple layers, and locks in an incredible softness to the whisky,” said Kavalan master blender Ian Chang in a prepared statement. 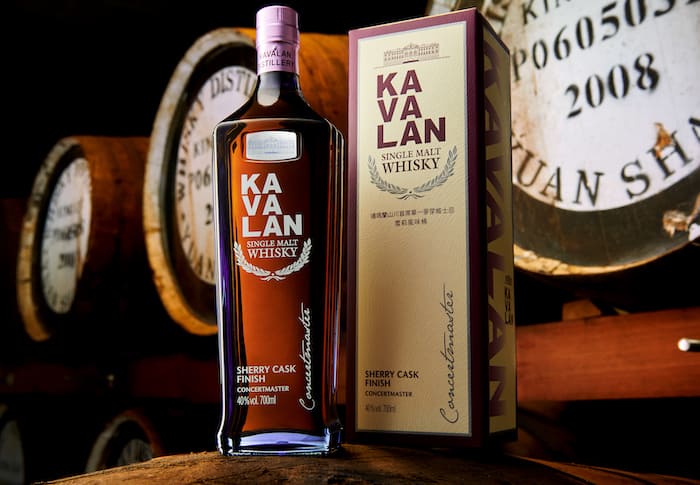 This whisky is bottled at 40% ABV, and plans call for it to have a global rollout. You’ll find some official tasting notes below, and it should be noted the term “concertmaster” is typically an orchestra’s lead violinist and “revered as the most highly skilled player on stage. Kavalan’s Concertmaster Series expertly blends and tunes the aromas and flavours in its whisky to create indefinable depth and balance.”