“This is the first time we’ve combined our whisky in three different sherry casks,” said Kavalan CEO YT Lee in a prepared statement. “It’s all about multiplying and enriching the sherry flavors to make a distinct whisky that has dried fruits, rich caramel, sweet maltose and tropical fruits as its profile.”

After fully maturing in the three different casks, the Triple Sherry Cask showcases what’s described as a three-stage balancing craft in the marrying vats. 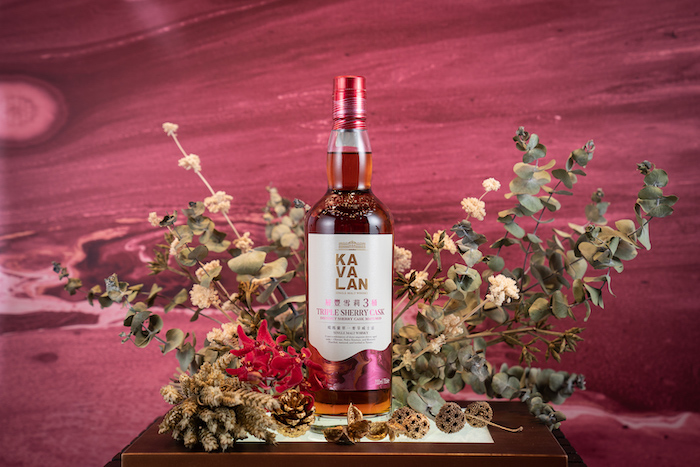 Kavalan Senior Blender Zerose Yang explained that this process allows the three whiskies, each fully matured in the three different sherry casks, to rest and meld together, locking in optimal smoothness.

“During this process, the flavors collide through a myriad combination of the three sherry cask whiskies, creating up to nine distinct sherry dimensions,” Yang said. “With its main character the dried fruits of the Oloroso cask, Triple Sherry is embellished with the sweetness of PX and Moscatel casks.”